The Arts Council Korea holds a press conference about having been nominated as the guest of honor at the Heidelberger Stückemarkt theater festival, at Artist House in the Daehak-ro neighborhood of Seoul on March 22.

Korea has been chosen as the guest of honor at the 2018 Heidelberger Stückemarkt, a theater festival that will be held in Germany starting April 20.

The festival started in Heidelberg, Germany, in 1984, and about 8,000 people participate in the event every year. The festival educates people about the aesthetics of the performing arts, plays, and the intrinsic culture of Germany and other countries and connect them. Korea has been chosen as the guest of honor this year as part of joint cultural and arts projects between Korea and Germany this year through the Arts Council Korea and the Goethe-Institut, and it’s the first time for an Asian country to be chosen.

The events of Korea will take place from April 27 to 29 and will introduce many facets of Korean society, including the Sewol ferry disaster, the division ofNorth and South Korea, all through theater, plays, exhibitions and performances.

The play “Yellow Envelope” depicts the life of suffering workers in the city of Ansan, which has become just like a funeral hall after so many students from there died in the ferry incident. The color yellow represents the workers’ pay envelope, and also the envelope that companies give to their workers as conciliatory measures allowing them to form labor unions. It also indicates a wish for the victims of the ferry disaster and a promise to not forget them.

The play “The Chronicle of Alibi” is a story about a father and a son from the 1930s and deals with the Korean War(1950-1953), the division of the Korean Peninsula and political ideologies.

“Romeo and Juliet,” “Death of a Salesman” and “Before After”will also be staged during the festival. 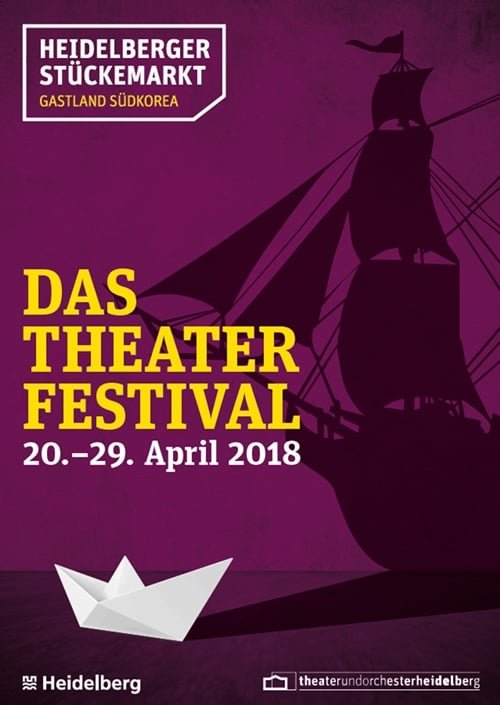 The Heidelberger Stückemarkt theater festival will beheld from April 20 to 29 and Korean events from April 27 to 29.