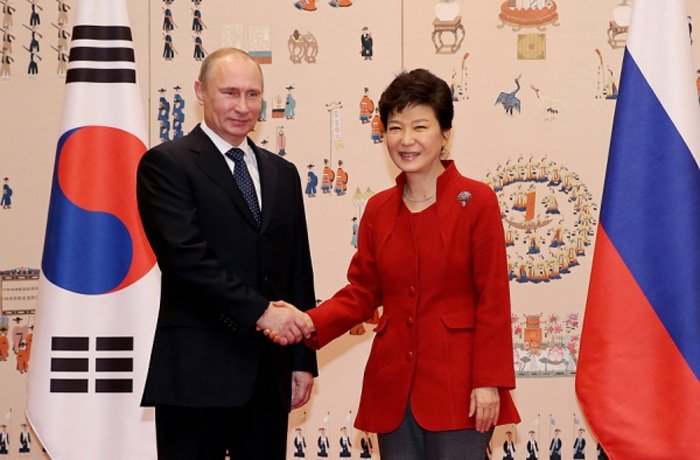 President Park praised the trade that flows between Korea and Russia and the way in which it has increased continuously since the establishment of diplomatic ties. She then commented on the Eurasia Friendship Express, a trans-continental train trip in July 2015, and how it was a meaningful opportunity to solidify the friendship and potential collaboration that exists between the two countries.

Calling Korea and Russia mutually beneficial long-term partners, President Park said that Russia’s eastern Siberia and development plans for the Far East combined with Korea’s Eurasia Initiative would create synergies that will create a more prosperous Eurasian continent. She urged Russia to cooperate both on Korea’s Trust-building Process on the Korean Peninsula and on its Northeast Asia Peace and Cooperation Initiative in order to secure peace and prosperity on the Korean Peninsula and across Northeast Asia.

In his letter, President Putin said that the two nations have accumulated fruitful experiences and partnerships over the past 25 years that in the future will help to cope with important regional and international issues. He assured her that the continuing collaboration between the two countries will contribute to peace on the Korean Peninsula and across Northeast Asia.