President Park Geun-hye has emphasized the need to carry out reforms in four key sectors of the economy — the labor market, the public sector, education and the finance industry — in order to take an economic leap forward. She was speaking during her Address to the Nation on Economic Resurgence on Aug. 6.

President Park stressed the importance of these reforms, saying, “To make more economic reforms and for Korea to become a leader in the world economy, it is inevitable that we undergo an overall transformation of the economy.” 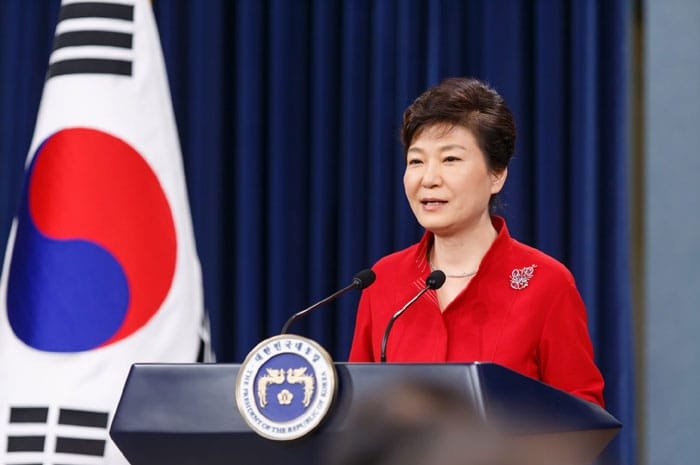 During her address to the nation on Aug. 6, President Park Geun-hye says she will carry out reforms in the labor market, the public sector, education and the finance industry, in order to help the country take an economic leap forward.

She said labor reform is the first task and vowed to create jobs to solve the issue of youth unemployment.

She said, “Reform in the labor market is all about jobs. Without labor market reform, it is impossible to address either the despair of young people or the sufferings of non-regular workers. To solve these issues, we need to create more jobs for youth by extending the retirement age and by adopting a salary peak system in which workers make few concessions in terms of their wage.”

In this regard, the president urged the older generation to share the pain and to make a few concessions in terms of their vested interests. She called on companies to willingly hire full-time workers, backed by a changed salary system and improved flexibility in the labor market. She asked firms to create a virtuous circle between employment and growth.

As for the public sector, the president said, “The government will merge and reorganize public organizations, focusing on their core tasks, in order to provide top-quality public services and to transform them so they can truly serve the citizens.” In this regard, she vowed to improve financial management at public organizations, carry out reforms concerning the government’s budget by integrating and abolishing similar or overlapping projects at different organizations, and to disclose financial information in a more transparent manner. 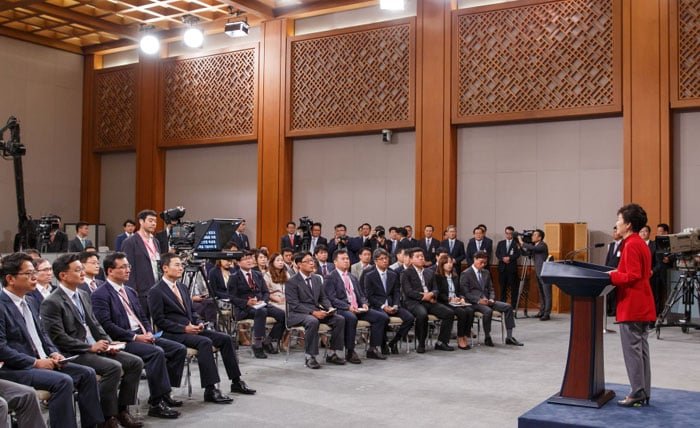 President Park Geun-hye delivers her Address to the Nation on Economic Resurgence at Cheong Wa Dae on Aug. 6.

The president then highlighted reforms in the education sector, saying that, “Today, talented individuals lead not only the development of key human resources, but also the competitiveness of the nation.”

To incubate skilled workers, she said her administration will build a foundation for the improvement of the public education system. It will expand the introduction of the free-semester system that some schools have been adopting as pilot projects since 2014, and standardize the difficulty of the College Scholastic Ability Test.

“If we introduce new financial models, such as crowd funding or Internet-only banks, in a speedy manner, the Korean finance industry would become much more competitive and innovative, helping individuals to start businesses and create good jobs. That will help Korea become a strong power in terms of the technology used at financial institutions.”

She also said that, “Developing the service sector is also important in order to make a great leap toward the structural reforms in those four sectors.”

“Ongoing government reforms are a desperate task that will determine the future of the whole nation and of our descendants,” she said.

She further asked for cooperation from all economic entities and from the people themselves, urging them to, “make the reforms successful in order to build a path toward a new Republic of Korea.”