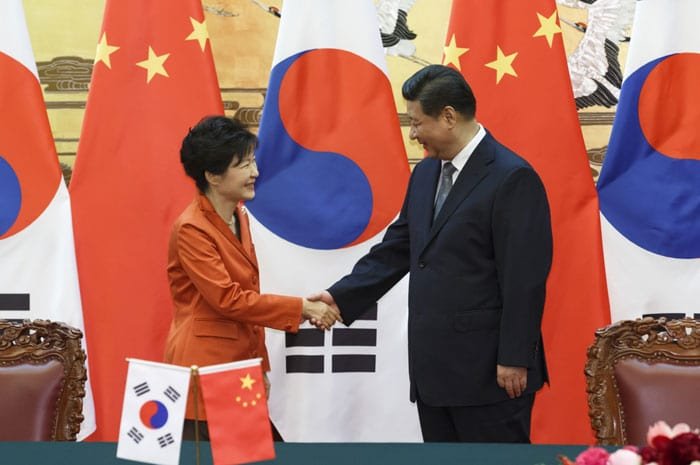 Park Geun-hye will visit China early next month to attend its celebration of the 70th anniversary of the end of World War II. The above photo is from the Korea-China summit President Park held with Chinese President Xi Jinping in Seoul in November 2014.

President Park Geun-hye will attend China’s official celebration in honor of the 70th anniversary of the end of World War II.

Cheong Wa Dae said in a briefing on Aug. 20 that President Park will visit China upon the invitation of Chinese President Xi Jinping from Sept. 2 to 4 and that she will attend an official ceremony on Sept. 3 in honor of China’s victory in the Chinese People’s War of Resistance Against Japanese Aggression.