Following the resolution, the South Korean government stated that, “This unanimous action by the U.N. Security Council, which imposes stronger sanctions than ever before against the North, is welcome. We fully support this firm decision. We will cooperate with the international community and urge the North to end its nuclear weapon programs completely and irreversibly.” 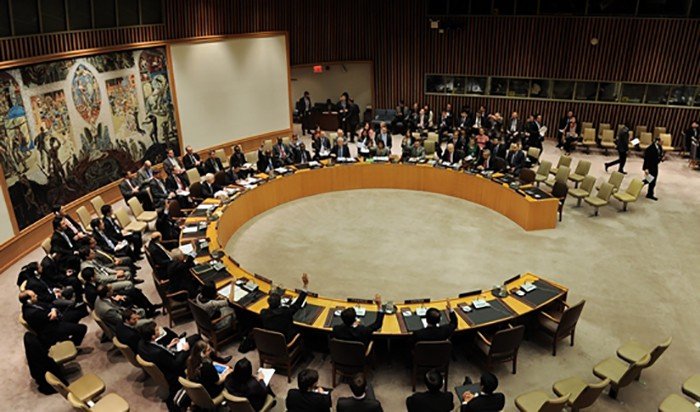 A new resolution imposing additional sanctions on North Korea has been unanimously adopted on March 3 by the U.N. Security Council.

The countries of the world have also issued a “catch all” export control regulation on transactions of materials that could be used to produce weapons of mass destruction or conventional arms. The resolution will ban any act of cooperation with the North on ballistic missile technology, as well as stop the selling and supplying of aircraft and rocket fuel parts to the country.

Regarding financial sanctions, the resolution will ban the opening and operation of any offices of North Korea-owned banks and halt the operations of all existing offices in 90 days. It will also ban the opening and operation of foreign financial institutions based in North Korea, as well as close within 90 days existing offices involved in the production or purchase of weapons of mass destruction. It bans the North’s export of mineral resources, such as coal, iron, gold, titanium and rare earth, a first-ever restriction on such mineral transaction.

Twelve new North Korean government entities, including the Ministry of Atomic Energy and the Reconnaissance Energy Bureau, as well as an additional 13 individuals who are believed to have been part of the nuclear weapons development or funding program, are designated in the resolution as subject to travel bans and asset freezes.

North Korean diplomats who try to evade these sanctions and any individuals who are associated with the North’s prohibited activities will be subject to expulsion, as well. The issue of human rights, which need to be improved in the North, has also been raised in the resolution for the first time.

Cheong Wa Dae called the unanimous resolution “one of the harshest-ever sanctions in history.” It stated that, “The government will further cooperate with U.N. member states, including the U.S., and will undertake further diplomatic efforts so that these sanctions will be properly implemented.”