The city of Seoul is to install a soundproof and solar-energy generating tunnel along the Dongbu Expressway. (Seoul Metropolitan Government)

By Kim Eun-young and Sohn JiAe

A tunnel the size of a soccer field — approximately 7,192 square meters — is set to be complete along the Dongbu Expressway, and it will be both sound-proof and also generate its own solar energy.

As a tunnel that is both soundproofing and power generating, it’s a world first of its kind.

The Seoul Metropolitan Government announced on April 17 that the 479-meter tunnel will be completed by the end of year as part of its expansion project for the highway.

Its full generation capacity amounts to 993.6 kW per day, generating almost 830,000 kWh, the amount that 331 households can use in a whole year. Houses nearby are free from traffic noise, as well.

On top of that, the tunnel will absorb about 147 tons of carbon dioxide per year — the same as about 26,250 trees — contributing greatly to improving air quality in the region, said the city.

The metropolitan government also plans to increase its solar energy generating facilities across the capital region in an effort to improve the urban environment, as well as to reduce green-house gas emissions 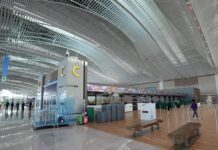 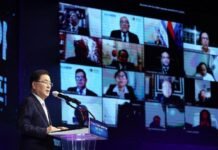