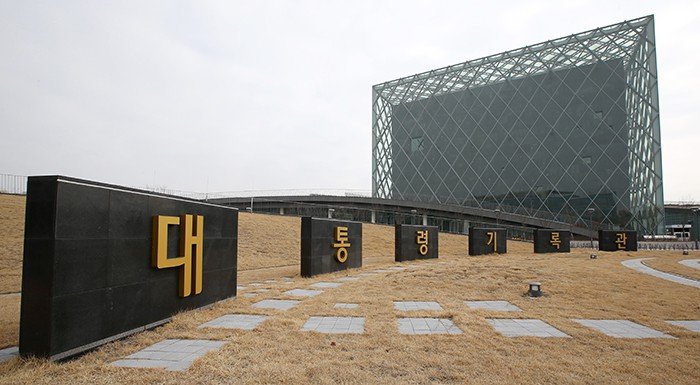 The building of the President Archives near Sejong Lake Park in Sejong-si City is shaped like a great Joseon seal.

Every act of the Joseon kings was recorded in detail. The officers in charge of the records carefully recorded the king’s words, and sometimes wrapped the records in lavender during life-threatening situations. These records are the Annals of the Joseon Dynasty (조선 왕조 실록, 朝鮮 王朝 實錄) and contain bare historical facts of the monarchs’ doings over some 472 years, from King Taejo (1335-1408) through to King Cheoljong (1831-1863).

A belief that history is based on fact and that it should be passed down to posterity remains in society today. All the records of the presidents who were heads of state in modern Korea form a large body of recorded detail that cannot compare with the past, and they are all housed in the nation’s Presidential Archives.

At the giant cube building, shaped like the Container of the Great Seal from Joseon times, visitors can inspect over 400 documents and articles, a bare 0.002% of all records. However, the articles on display, related to each president and which cannot be seen easily by the public, are enough to focus the attention of visitors. Campaign posters for each president are on display at the Presidential Archives. At a glance, people can see both the development of printing technology and the recent history of Korea.

The first items to attract visitors’ attention are old election posters. The posters and articles, related to former Presidents Rhee Syngman, Yun Bo-seon, Park Chung-hee and Choi Kyu-hah, presidents who are even dim in the memories of the elderly, bring back memories in the older generation. These are people who cherished the hope of starting the New Village Movement and who lived through a period of industrialization across the land in the ruins of the Korean War.

On March 3, a family visiting the Presidential Archives watches a video of a speech by former President Park Chung-hee. 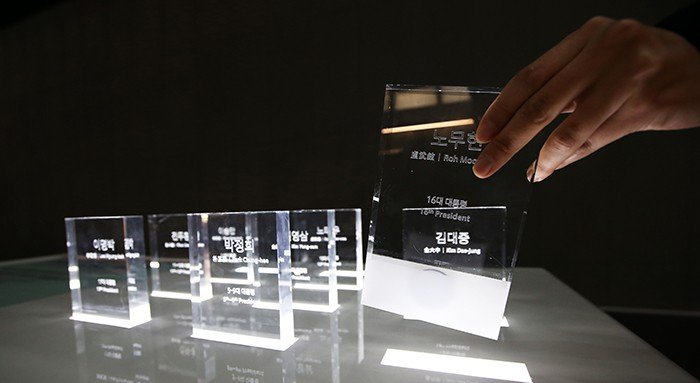 Visitors can watch a presidential appearance during his term in office by inserting an RFID card with the president’s name, at the Presidential Archives in Sejong City.

There are various kinds of other experiences, too, as well as enjoying pictures of the former presidents. Visitors can see election posters and the swearing in ceremonies at the National Assembly. They can take pictures sitting in a replica of the presidential office, and can also view conversations the president has had with U.S. President Barack Obama or Chinese President Xi Jiping in the replica of the reception room for state guests using a QR code.

Tours of the Presidential Archives, located near Sejong Lake Park in Sejong City, are free and the museum is open from 10 a.m. to 5 p.m., except on Mondays.

More information about the Presidential Archives can be found at the link below.
http://www.pa.go.kr/global/en/main.jsp Portraits of Korea’s former presidents and copies of each of their presidential oaths and other speeches greet visitors on the ground floor of the Presidential Archives in Sejong City. 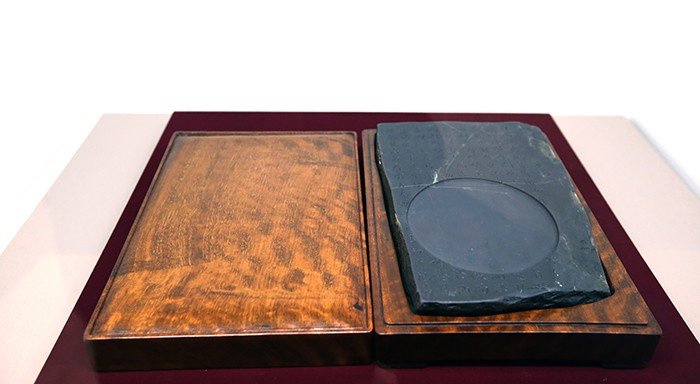 An ink stone made during the reign of the fifth emperor of the Ming Dynasty is a gift from former Chinese President Jiang Zemin to former Korean President Kim Young-sam when Kim made a state visit to China in March 1994. It is on display at the Presidential Archives in Sejong City. The archives feature 48 gifts that former Korean presidents received from world leaders.