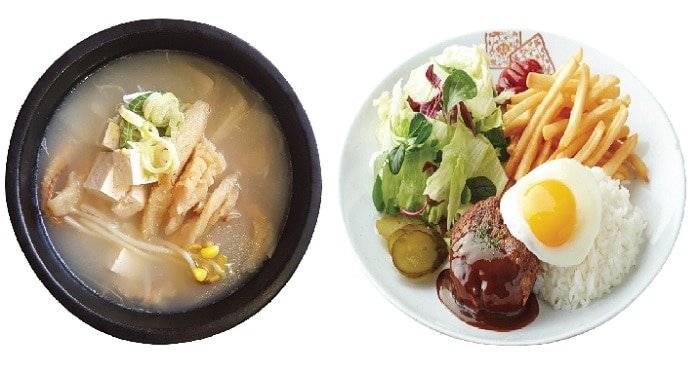 At the Hoengseong Rest Stop along the Yeongdong Expressway, you can taste some delicious hwangtae pollack soup with chodang soft tofu (left) and a beef steak minced with rice cake and deodeok root.

As this season is a good opportunity to enjoy both the Seollal holidays and the Olympic Games, it’s likely that more people will be using the highways this year.

The Korea Expressway Corporation has announced a list of 20 famous dishes that are available at highway rest stops in January, hoping to introduce some local delicacies to those who will be visiting Gangwon-do Province, where the Winter Games are taking place, and to those who will be traveling to other cities during the holiday.

– Gangneung, Hoengseong Rest Stops, on the way to Gangneung

Along the Yeongdong Expressway that connects Incheon and Gangneung is the Gangneung Rest Stop where you can enjoy some hwangtae pollack soup with chodang soft tofu. The tofu, made after curdling the soy milk from the soy beans with seawater, and the yellowish hwangtae pollack freeze-dried on wooden racks in Daegwallyeong, make for a good combination and develop fresh and neat flavors.

At the Hoengseong Rest Stop, there’s also a beef steak available that’s made with minced rice cake and deodeokherbal roots.

If you stop at the Manghyang Rest Stop or the Geoncheon Rest Stop, don’t miss the yukgaejang spicy chicken soup. It’s made with all kinds of medicinal herbs and is deep in flavor. Also, the dolsot bibimbap, or mixed rice with vegetables and meat in a hot stone bowl, adds to the flavors with freshly cooked vegetables.

If you drive along the Jungang Expressway, don’t forget to drop by the Andong Rest Stop or the Danyang Rest Stop.

A set meal served with salted whole grilled mackerel at the Andong Rest Stop tastes like absolute perfection. The mackerel is salted by the master Lee Dong-sam who’s specialized in salting fish. At the Danyang Rest Stop, a soft tofu and seafood stew made with freshwater shrimp and seafood is quite popular, and the soup provides deep, fresh flavors. 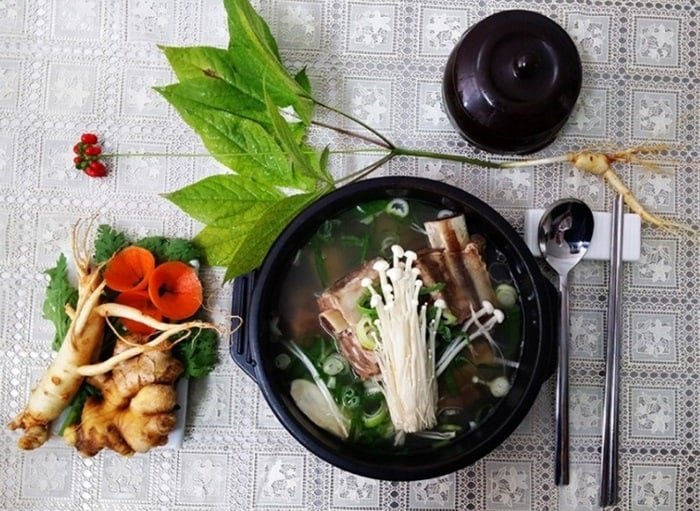 At the Insam Land Rest Stop along the expressway between Tongyeong and Daejeon, you can enjoy some ginseng galbitang beef rib soup. It’s made by boiling ginseng, a local specialty in Geumsan-gun County, and beef ribs together for many hours.

– Insam Land Rest Stop, on the way to Tongyeong or Hanam

The Insam Land Rest Stop lies along the Tongyeong-Daejeon Expressway, which traverses Jeollabuk-do Province and Chungcheongnam-do Province, with Tongyeong in Gyeongsangnam-do in its middle.