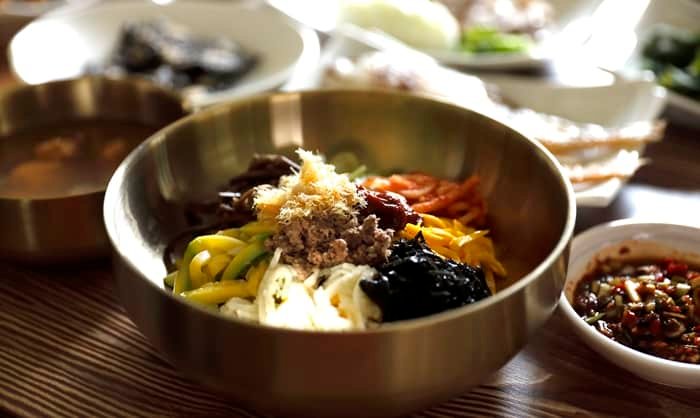 The head household of the main family clan in many traditional villages would hand down recipes within the family between the wives of the eldest sons, from this generation’s eldest daughter-in-law to the next generation’s eldest daughter-in-law. This family knowhow maintained by the female side of the family stacked up over the years and has made each family’s recipe for any given dish to be quite unique.

The Rural Development Administration recently introduced its “Head Family Recipe Trip” tour program for the upcoming 2018 spring tourism week, which falls between April 28 and May 13. It’s offering tours to the head households of some of these family clans to sample their authentic handed-down recipes.

The head house of the Jeongmugong-pa sub-branch of the Oh family from Haeju (해주 오씨 정무공파, 海州 吳氏 貞武公派), located in Anseong, Gyeonggi-do Province, is offering up some toejeonbang seonbibapsang (퇴전밥 선비밥상), a set meal that consists of the dishes that used to be served to the elder members of the family. The main menu item, gukmal-i gukbap (국말이 국밥) soup served with rice, is made with a beef leg bone broth, brisket and shank, garnished with bean sprouts and kelp powder. It has a soft and rich flavor. Visitors to the house will also be able to try their hand at some archery, attend a tea ceremony, take a lesson in traditional etiquette or make some rice cake. 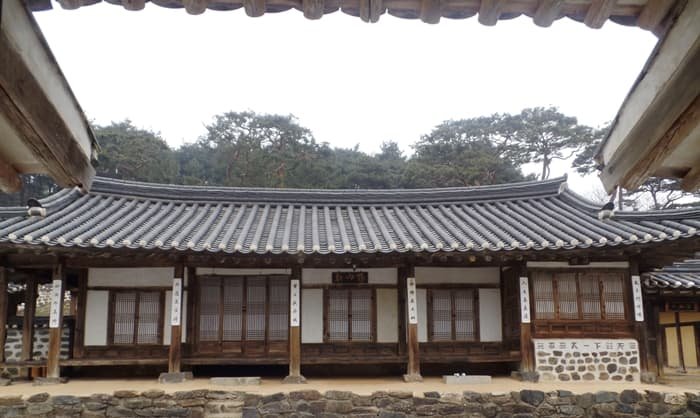 The Gomidang (고미당), also known as the Saungotaek (사운고택), is the head house of the Jangryeolgong-pa sub-branch of the Cho family from Yangju. It’s located in Hongseong, Chungcheongnam-do Province, and the family cookbook has 69 recipes in it.

The Gomidang (고미당), also known as the Saungotaek (사운고택), is the head house for the Jangryeolgong-pa sub-branch of the Cho family in Yangju located in Hongseong, Chungcheongnam-do Province. The eldest daughter-in-law of the head family prepares food according to recipes in the family cookbook that has recipes for 69 dishes. Recipes include dujuk red-bean porridge (두죽), steamed carp stuffed with meat, and cucumber noodles with omijaberry broth. Visitors can take a tour around the old house and enjoy a tranquil scene after the meal.

At the head family home of Joseon scholar Jeong Yeo-chang (정여창, 鄭汝昌) (1450-1504) in Gaepyeong Village in Hamyang, Gyeongsangnam-do Province, the youngest daughter cooks the food that she has seen and eaten ever since her childhood. The family’s bibimbap mixed rice is served with shredded dried pollack, rock tripe and sautéed gochujang red pepper paste and a bowl of seafood soup. The ancient family home, designated as a cultural property, is also a nice place for a walk.

Goryeodong Town in Haman, Gyeongsangnam-do Province, became home to migrants from Goryeo, and the Goryeomidang (고려미당) is a famous family manor there known for the legend of a devoted daughter-in-law who prayed for her sick mother-in-law and who received abalones in answer to her prayers. The place is famous for its special abalone bulgogi made with minced beef and abalone.

Finally, it’s advisable to call and check the food availability before visiting, as the food offered at the head family houses may differ from season to season.