Royal Joseon tombs in Seoul and Gyeonggi-do Province will be hosting a range of heritage events from Oct. 22 to Nov. 5. The photo above shows the Seolleung Royal Tomb (선릉, 宣陵). (Korea.net DB)

Seven royal Joseon tombs in Seoul and Gyeonggi-do Province are inviting tourists to a wide range of heritage events, including traditional music and dance performances, photo and video exhibitions, and ecological experiences, all from Oct. 22 to Nov. 5.

At Seolleung, where Joseon’s ninth ruler, King Sungjong (성종, 成宗) (1457-1494) and his wife Queen Jeonghyeon (정현왕후, 貞顯王后) (1462-1530) are buried, a traditional gugak concert will be held each day from Oct. 25 to 29 to celebrate the Joseon musical canon “Akhakgwebeom” (악학궤범), which was written at the king’s request.

A short video introducing the book will be played from 12 p.m. to 1 p.m. while a gugak performance takes place on stage.

On Oct. 28 and 29 from 2 p.m. to 4 p.m., visitors can attend a gugak class that will teach you how to play the gayageum 12-stringed zither (가야금) and the haegeum one-stringed fiddle (해금). 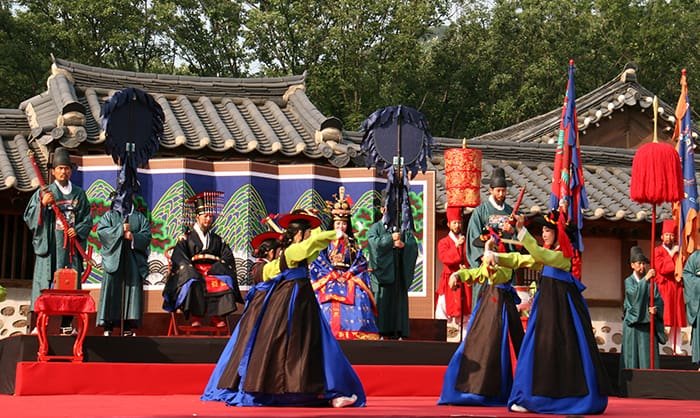 The two tomb sites will also host a traditional opera, “The Dream of the Daehan Empire” (대한제국의 꿈), on Nov. 4 and a gugak concert, “Daehan Empire Arirang” (대한제국 아리랑), on Nov. 5, both starting at 3 p.m.

All the events hosted at the royal tombs are free. However, the bird feeding at the Gimpo Jangneung site and the field trip to the restoration site at the Donggureung site both require reservations.

Reservations can be at the Joseon royal tombs’ website, with services only in Korean.
http://royaltombs.cha.go.kr