A ceremony and seminar to mark the centennial anniversary of the Korean Declaration of Independence was held on Feb. 1 at Seoul City Hall. The photo shows the original handwritten first draft of the declaration. (Seoul Metropolitan Government)

By Park Hye-ri and Yoon Sojung

A ceremony and seminar marking the centennial anniversary of the Korean Declaration of Independence was held on the morning of Feb. 1 at Seoul City Hall.

The two events commemorated the declaration that was announced on Feb. 1, 1919, by 39 independence fighters mostly active in Manchuria, China, and Siberia, Russia. This early version of the declaration later served as a catalyst to boost the Korean pro-independence movement against Japanese colonial rule.

This document also influenced another declaration of independence made on Feb. 8, 1919, by Korean students in Tokyo as well as the March First Independence Movement, in which Koreans declared their nation independent.

At the ceremony, the Seoul city government unveiled for the first time a handwritten draft that was an early version of the Korean Declaration of Independence by freedom fighter Cho So-ang (1887-1958). He later became a politician who pursued the “principle of three equalities” — individuals, the nation and the country — by maintaining balance in politics, economy and education.

Attending the event were approximately 300 people including Vice Minister of Patriots and Veterans Affairs Lee Byeong Goo and members of the commemoration committee for the declaration’s centennial anniversary. 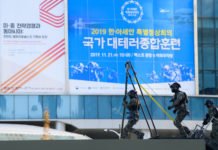 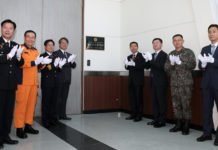