The delicious world of Korean cuisine is broad and deep. From the vast vegetable varieties of kimchi, through to the three pillars of Korean cuisine — red pepper paste, soy sauce and soybean paste — Korean cooking encompasses the expansive geography and habitats native to the Korean Peninsula and is the result of this land’s millennia-long history of interplay and trade with the tribes, nations and kingdoms around it.

As it happens, Korean cuisine is no longer solely delineated by the peninsula’s natural bounty. During mid-Joseon times (1392-1910), new crops began to appear from the New World: chili peppers, corn, tomatoes, squash and zucchini, sweet potatoes, potatoes. The standard kimchi we know today would not be the same without chili peppers. Nonetheless, even though Korean cuisine has adopted ingredients and inputs from all around the world, a true staple of traditional cooking, found forever on the peninsula, indigenous to this land with roots as deep as the mountains themselves, is ginseng chicken soup. Ginseng chicken soup is a summer delicacy across Korea.

Recipes & ingredients, of the earth & the mountains

To fathom the true importance of Korean ginseng chicken soup, or samgyetang (삼계탕, 蔘鷄湯), it’s essential to have an understanding of ancient East Asian philosophy and how this is intimately entwined with the theories and concepts that form the foundation of all Korean cuisine, and, indeed, of ancient Korean thought.

Traditional East Asian philosophy organized itself around the concept of five “elements”, or “phases” or “agents.” They were wood (목, 木), fire (화, 火), earth (토, 土), metal (금, 金) and water (수, 水), each associated, in turn, with the colors green, red, yellow, white and black. The interplay between these “elements” was closely associated with many beliefs concerning everything from musical composition, writing and painting, through to military strategy and architecture or feng shui (풍수, 風水). Of course, this philosophy also permeated medicine, health, cuisine and, our topic today, the fine art of cooking. Ginseng chicken soup lies at the heart of traditional cuisine and at the heart of the concept of “balance” between the five “elements.”

A seasonal dish, a summer dish

To track the seasons, for many centuries people used the moon. According to the lunar calendar, the 28th day of the fifth lunar month is Chobok (초복, 初伏). It generally falls in June, July or August. This is the beginning of the “hot days” of summer. Ten days later is Jungbok (중복, 中伏), the beginning of the “middle section of the hottest summer days.” That lasts for 20 days. Then we have Malbok (말복, 末伏) which marks the beginning of the final ten “hot days” of summer. In total, this 40-day period, marked by the three -bok days, generally straddles June, July and August, some of the hottest months in the northern hemisphere.

Combine the traditional belief in five “elements” with the lunar calendar’s hottest summer days and we end up with an expression that can be roughly translated as, “Fight fire with fire” (이열 치열, 以熱 治熱). It is this reason why people eat samgyetang: to keep up their “energy” and to “balance” their body heat with the soaring summer season outside. People eat ginseng chicken soup every summer during the 40 hottest days of the year, particularly on the three -bok days themselves. Cafeterias serve chicken ginseng soup on Chobok itself, the traditional beginning of summer. Search engines design cute animated cartoons for their homepages on Chobok featuring ginseng chicken soup. Media outlets flock to famous ginseng chicken soup restaurants to interview families waiting in line for their boiling summer dish. Lines can stretch for an hour or more. Ginseng chicken soup is a summer dish, through and through. It’s not a meal if you’re not sweating.

Though Korean cuisine is broadly based on rice and vegetables, a significant portion of modern Korean cuisine includes seafood and meat, and samgyetang plays an important part in the rubric of traditional, health-conscious dining; almost a philosophy, more than a cuisine. Connoisseurs swear that ginseng chicken soup rejuvenates you, detoxifies the body, boosts your metabolism, improves both your digestive and respiratory systems, has anti-carcinogen ingredients, reduces your stress and is even helpful for those with diabetes or who suffer from obesity. Whether true or not, it’s simply a delicious chicken soup dish. Jujubes are but one of the many healthy ingredients found in ginseng chicken soup.

It’s assumed that people began to cook ginseng chicken soup sometime in the 1800s, as there’s no evidence of it in Joseon-era recipe books. The dish might be linked to yeong gye baek sook (영계백숙), another chicken soup dish from the 1800s and 1900s, as that dish, too, includes ginseng and jujubes. However, our ginseng chicken soup today generally uses a bit more ginseng and is a bit more watery. Concerning its name, samgyetang was originally called gyesamtang (계삼탕), with gye (계) meaning “chicken,” the dish’s main ingredient. However, as ginseng became more available as the economy developed, and since people value the believed health benefits of ginseng, the name of the dish switched to samgyetang, where the sam (삼) means “ginseng,” putting the ginseng in front of the chicken.

A second form of modern ginseng chicken soup is just… different. For example, some chefs, instead of cooking the soup in the traditional stone pot, cook the dish in a section of bamboo trunk (대나무통 삼계탕). 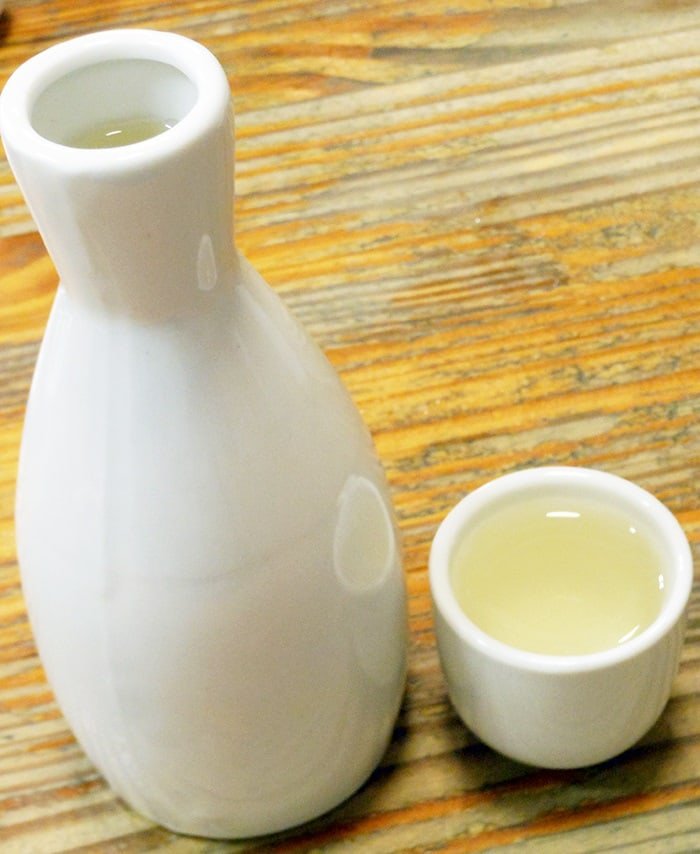 Ginseng chicken soup is not complete without some ginseng alcohol.

As we eat our way across Korea, there are many, many restaurants around the country and across the capital that serve ginseng chicken soup. One of the more well-known shops, frequented by local media during the 40 “hot days” of summer, is Tosok Chon Samgyetang, or “Traditional Folk Village Ginseng Chicken Soup.” It’s just west of Gyeongbukgung Palace, located along Jahamoon-ro 5-gil No. 5 in Jongno-gu District (tel: 02-733-6645). It’s kind of touristy, and normally has a line outside of patiently waiting diners, if not particularly genuine connoisseurs; but it’s delicious and it carries off the “faux tradition” kitsch quite well. It’s at the higher end of the price spectrum, has been in business for 32 years and has a picture on the wall of former President Roh Moo-hyun enjoying his ginseng chicken soup there. 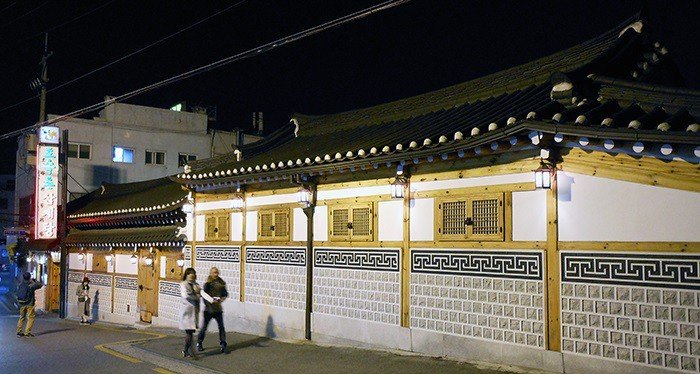 So let ginseng chicken soup, or samgyetang, be your introduction to traditional concepts of East Asian health and the “balance between the elements” found in the philosophy of traditional Korean cuisine. It’s doubtful you’ll ever want to eat anything else.