What’s the most vivid and enthralling sight? The Olympic Games, of course! We’re waiting for the Olympics as a celebration. It’s time to prepare for the PyeongChang 2018 Olympic and Paralympic Winter Games. Thirty years have passed since the last Olympic Games were held in Korea, in 1988. The number eight seems to be good luck in Korea, as it has been chosen again. 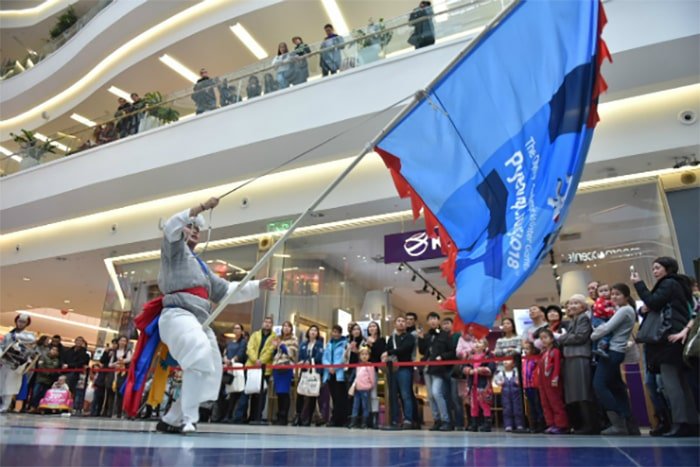 Kazakhstanis participated in a special event to support worldwide sport events: the PyeongChang 2018 Olympic and Paralympic Winter Games and the Almaty 2017 Winter Universiade. The Universiade was held successfully and finished on Feb. 8 and brought third place to South Korea and second place to Kazakhstan.

The Korean Cultural Center in Kazakhstan arranged a contest called “Let’s support the PyeongChang 2018 Olympic and Paralympic Winter Games.” It gave Kazakhstanis a chance to show their great interest in the Winter Olympics. Participants from different cities across Kazakhstan shot 10-second support videos, played traditional music, and dressed as ice hockey and skeleton athletes. Everyone made an effort to show their love for winter sports and to show their great expectations for the next Olympic Games in Korea.

Here’s a video of our support videos. Who are these two? The Asiatic black bear Bandabi and the white tiger Soohorang visited the athletes’ village during the Almaty 2017 Winter Universiade in order to promote the PyeongChang 2018 Olympic and Paralympic Winter Games. Athletes and volunteers were the first to meet with the mascots in Kazakhstan. The striped tiger Soohorang symbolize trust in the Olympics, strength and protection for sportsmen and fans, and Bandabi is a symbol of strong determination and courage.

A similar information kiosk was officially opened in the Mega-Almaty shopping mall, where visitors were able to take memorable photos with the trustworthy friends Soohorang and Bandabi. The art exhibition “The Movement of Color” was also organized to support the PyeongChang 2018 Olympic and Paralympic Winter Games. The National Olympic Committee of Kazakhstan submitted paintings of Olympic sports and the Kazakhstani winners were weightlifter Ilya Ilyin and athlete Olga Rypakova. 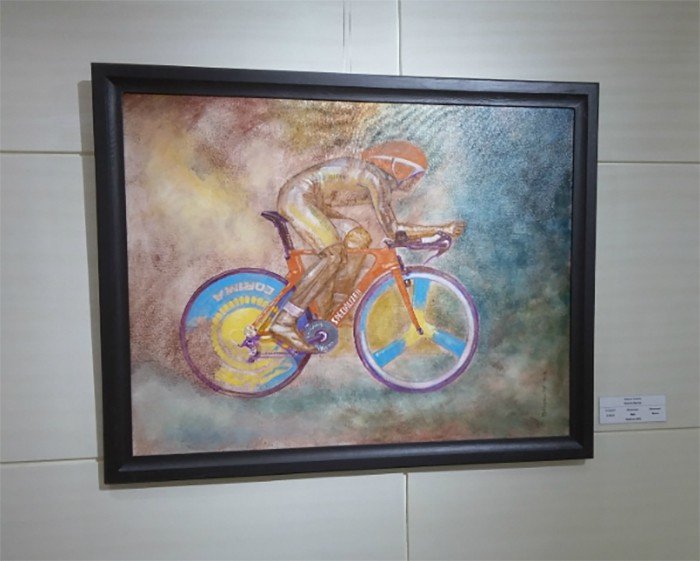 The next event devoted to the Olympic Games featured a range of invited performers. There was the Kukkiwon Taekwondo Demonstration Team, the traditional Korean performers Noreummachi (노름마치) and the beloved Korean singer Hanbyul. The taekwondo team and Noreummachi were genuine presenters of martial arts, traditional music and dance. 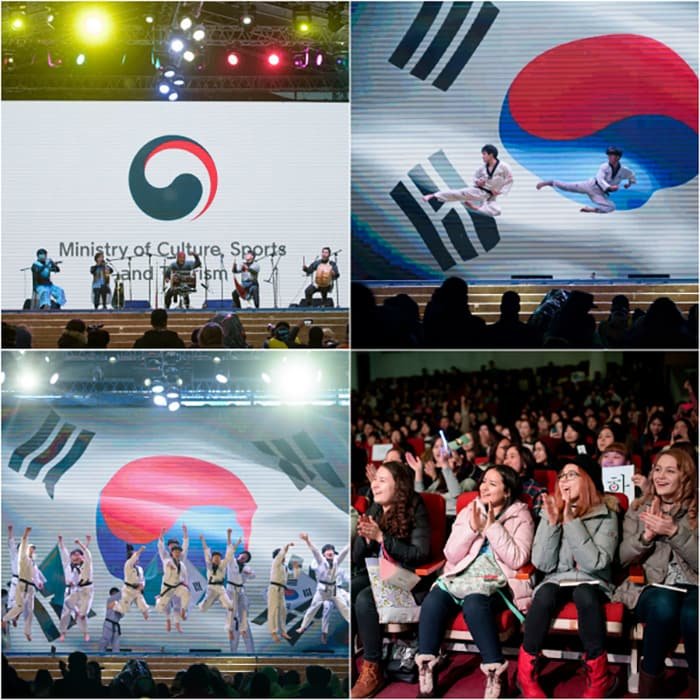 By the way, Noreummachi also gave us a great gift. The group arranged a tour of Kazakhstan and they performed in six cities across the country. 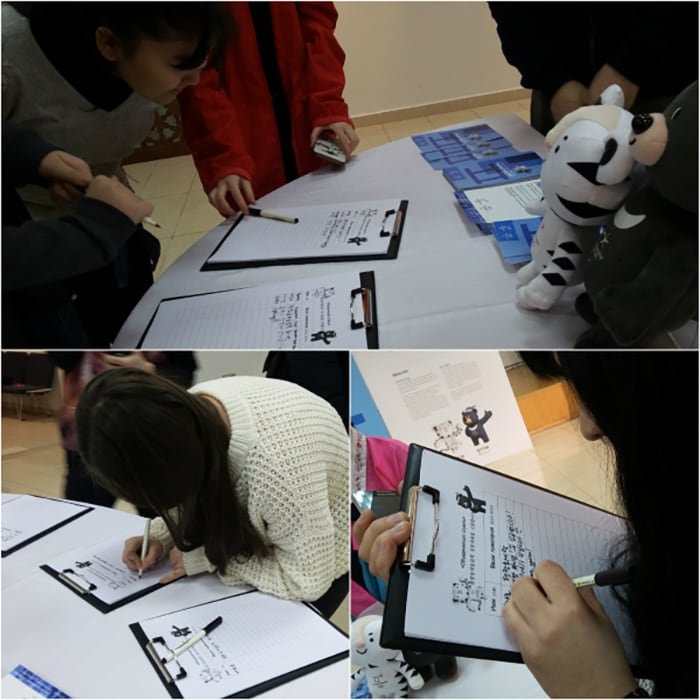 What do you wish for in Pyeongchang?