The government will resume the process of filing a complaint with the World Trade Organization (WTO) over Japan’s export restrictions. Seoul will request that the WTO set up a dispute settlement panel and proceed with the procedure.

At a media briefing on June 2 at Government Complex-Sejong in Sejong, Na Seung-sik, deputy minister for trade and investment at the Ministry of Trade, Industry and Energy, said the government decided to resume its WTO complaint process over Japan’s export curbs on three selected items that were temporarily halted on Nov. 22 last year.

Deputy Minister Na emphasized that Korea has resolved all three reasons Japan cited for applying the export restrictions: suspension in bilateral policy dialogue, the lack of control of “catch-all” regulations restricting the sale and distribution of materials potentially usable in weapons production, and insufficient personnel and organizations for managing exports. He also added that no security concerns occurred.

“Despite this situation, the Japanese government has shown no intent to resolve the problems,” he said. “We judged that the current situation, which was originally a requirement for the suspension of the WTO dispute settlement process, cannot be seen as a normal course of dialogue.”

Through the process, the official said the Korean government will objectively prove the illegality and injustice of Japan’s export restrictions on the three materials — photoresist, hydrogen fluoride and fluorine polyimide — to protect the legitimate interest of Korean companies.

“We will gather all capacity to respond to the issue so that all uncertainty affecting the companies of both countries and the supply chain can be quickly resolved,” he added. 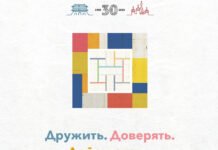 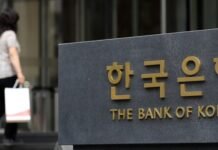