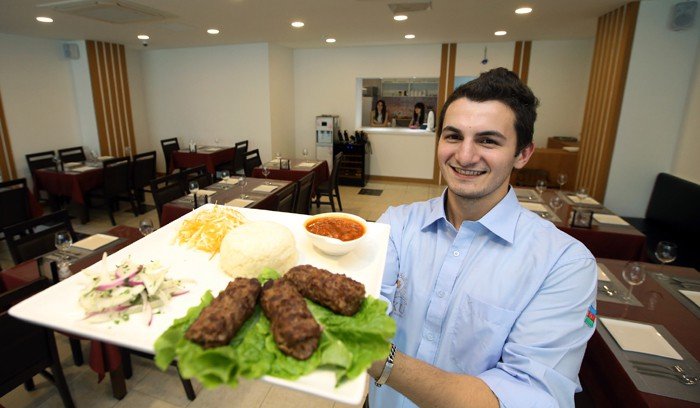 A young Azerbaijani recently opened a new restaurant in Seoul, selling a range of traditional Azerbaijani dishes. With the business, he has now opened a new window that allows people from both his homeland and Korea, which he calls his second home, to understand each other better through the stimulation of their taste buds.

Khalilzade Nihat, 25, a graduate-to-be next year at Hanyang University who majored in computer engineering, recently opened Baku, a restaurant in Sinchon, a busy university neighborhood with a large number of students and young people. Baku the restaurant was named after the capital of Azerbaijan. 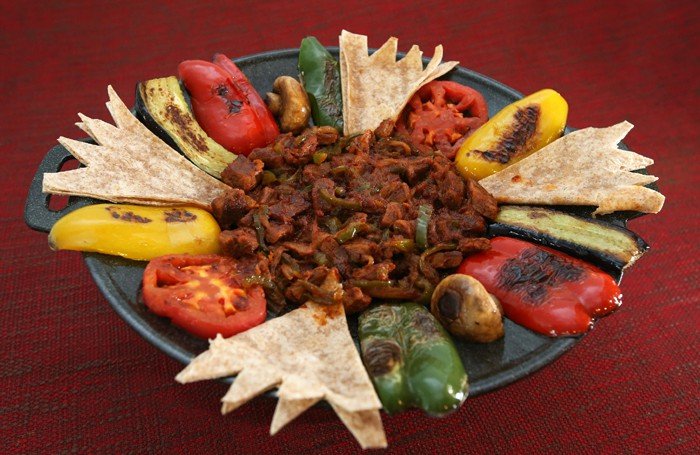 Sac, one of the 30 or more dishes served at Baku, offers a culinary delight with chicken and beef seasoned with traditional Azerbaijani sauce. The dish goes well with grilled bell peppers, tomatoes and mushrooms.

“My goal with this business is not only to make money, but to give as many Koreans as possible the rare chance to taste Azerbaijani cuisine, as well as to give them the experience to know more about my home country, too,” said the young entrepreneur.

He first came to Korea in 2010. He started volunteering to teach at primary and middle schools, lecturing about the history, arts, traditions and other aspects of Azerbaijan.

“At first, I was, literally, shocked to learn how many students and how many Koreans had no idea about Azerbaijan, at all,” he recalled. “I was like, ‘What could I do to let the people know more about my country?’” He soon found the answer. While he worked as a teacher, the most frequently asked question he got from students was about food. What they most desired to know about his nation was what traditional Azerbaijani cuisine tastes like.

Five years into his Seoul life, he is now convinced that nothing will intrigue people more than culinary delights. Unfortunately, there is no single restaurant anywhere across the nation that sells Azerbaijani food. He became determined to become the first Azerbaijani to open such a restaurant here and, moreover, to open it in one of the most crowded neighborhoods of Seoul.

His restaurant offers a wide range of traditional Azerbaijani flavors, flavors that, he says, will certainly capture the taste buds of Korean gourmets. Thirty or more kinds of traditional dishes are prepared by an Azerbaijani chef and served by Azerbaijani staff. There is a good selection of Azerbaijani wines and beers, too.

“The first thing many young people here do when a hearty, delicious meal is served is to take out their smartphone and spend some time taking pictures of the food, letting the food go cold. This is not a good idea with Azerbaijani food. You must dig in immediately when the food is served. You will not be able to have the true taste if you leave the food untouched, even for a little while,” he advised.

“I am a bit afraid to tell customers to skip the photographs since I, myself, naturally take out a camera to take some photos of any delicious food. I’ve become almost Korean in that regard,” he laughed. 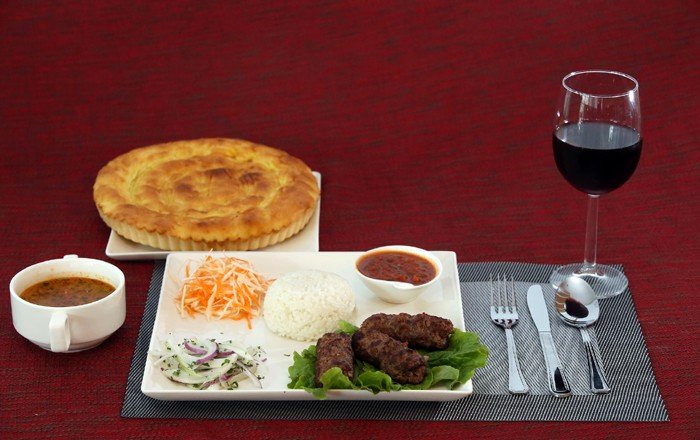 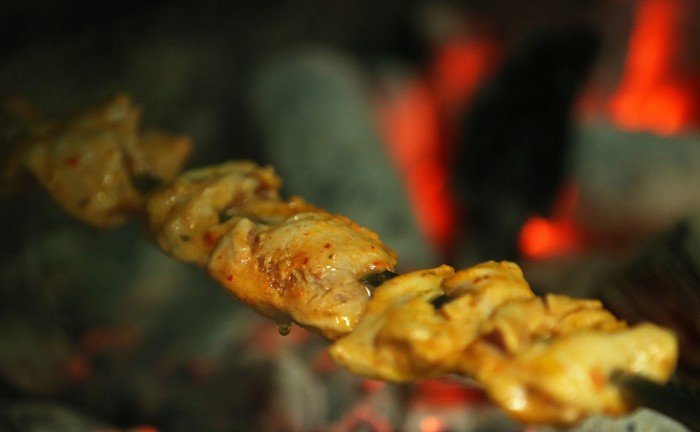 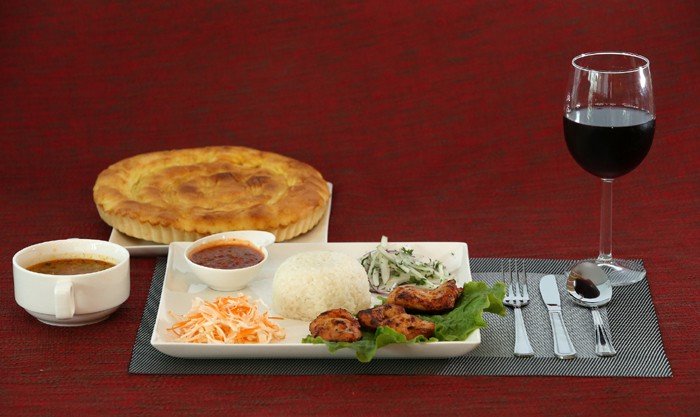 Korea.net sat down with Nihat to hear more about the different, but in some ways similar, culinary traditions of Korea and Azerbaijan.

– Are there any similarities between Korean and Azerbaijani cuisine?

Both countries have a lot in common. Historically, the nations had to endure the pains of war. Such similarities can be found in some traditional foods, too. We have something like samgyetang, chicken soup with ginseng, in Azerbaijan. The way people make dumplings here in Korea is similar to the way our people make dushbara, a traditional Azerbaijani dumpling dish.

When I thought of starting this business, I took a culinary journey around Seoul, trying well-known restaurants in the main districts such as Gangnam, Itaewon and Daehangno. I tasted and studied a wide range of Korean dishes. As a result, all the dishes I serve here keep intact traditional, unique flavors, while appealing to the palate of Korean diners with the addition of spicy flavors.

– What are your favorite Korean dishes?

Soybean paste soup, or doenjang jjigae, and kimchi stew, or kimchi jjigae, are my favorite. It’s not too much to say that I have these dishes almost every day. It was really hard for me, though. The first time I tasted kimchi stew, it was a shock. I mean, the spicy taste in the dish is entirely different from spices in Azerbaijani or Indian food.

I now enjoy such spicy Korean dishes. I am good at cooking kimchi stew, too. I even enjoy having live octopus and grilled beef tripe.

– Do you have an Azerbaijani dish that you’d like to introduce to the Korean people?

Yes, there is a very exceptional, unusual dish called piti. It is a lamb dish. The way you enjoy the dish can be an even more singular experience. You have to mince the lamb in a cup with a specially designed stick for quite a while. A bit of bread is dipped into the juice from the minced lamb and it tastes sensational. You can taste it here at Baku. 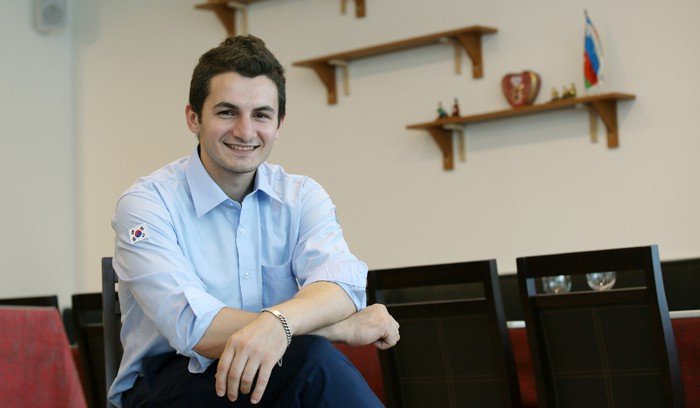 Khalilzade Nihat, an Azerbaijani who opened a restaurant in Sinchon, hopes that Korea and Azerbaijan will get ever closer via the dishes he serves at his restaurant. Baku specializes in a range of traditional Azerbaijani cuisine and recently opened its doors in Sinchon, western Seoul. The pattern on the signboard features the iconic Maiden Tower that stands in the Azerbaijani capital. 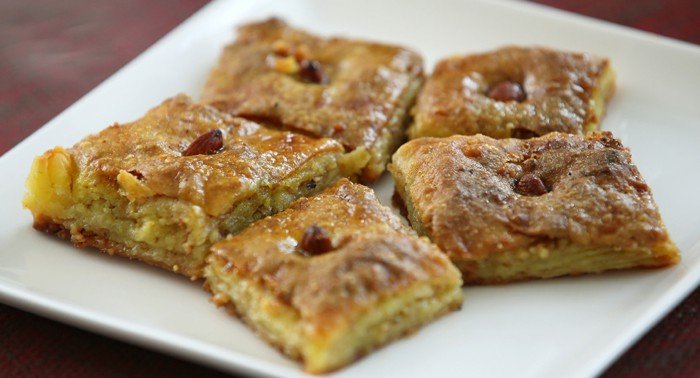 Paxlava, a traditional Azerbaijan confectionary, tastes good with a cup of traditional tea, or chai.