President Moon Jae-in and U.S. President Donald Trump on Sept. 23 in New York reaffirmed the “ironclad alliance” of both countries and discussed the peace process on the Korean Peninsula.

Cheong Wa Dae Spokeperson Ko Min-jung said in a statement, “President Moon Jae-in and President Donald Trump reaffirmed that the ROK (Republic of Korea)-U.S. alliance is the linchpin of peace and security on the Korean Peninsula and in Northeast Asia that remains totally unshakable,” adding, “The two leaders resolved to continue strengthening the alliance in a mutually beneficial and comprehensive manner, including bilateral economic cooperation.”

Both leaders shared a positive assessment of North Korea’s recent declaration of its willingness to resume dialogue with the U.S.

President Moon said, “I will be expecting the working-level negotiations between the U.S. and North Korea to prepare for the third summit,” adding, “And when you have your third summit with (North Korean leader) Kim (Jong Un), I hope that this will go down as a truly historic moment in world history. This will be a great achievement that equals a great transformation in the complete denuclearization of the Korean Peninsula.”

Trump said, “I am getting along very well with North Korea. I have a good relationship with Kim Jong Un,” adding, “We had, really, two very successful summits.”

On the North’s recent projectile launches, the U.S. leader said many people and countries test and that there is “nothing spectacular about that.”

On sanctions against the North, Cheong Wa Dae quoted Trump as saying the sanctions should remain until Pyeongyang achieves complete denuclearization.

In addition, both Seoul and Washington lauded the expansion of bilateral economic cooperation.

President Moon said, “In the economic field, we have successfully revised our bilateral free trade agreement and many Korean companies are increasing their investments in the U.S.”

“During the course of my visit to New York, we will sign a deal to increase LNG imports from America and another agreement on a joint venture between a Korean motor company and a self-driving vehicle company in the U.S. So I believe that all of this will reinforce our already strong alliance.”

Starting at 5:29 p.m. local time, the 65-minute summit was the ninth between the two presidents and their first in three months since Trump visited Seoul in June. 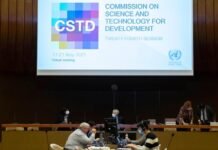 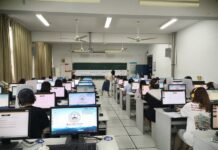 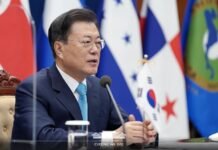 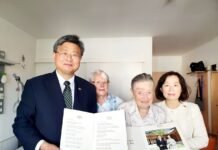 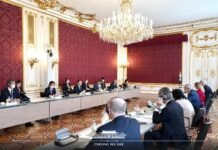 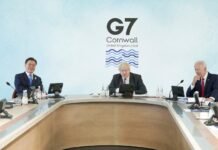