Home Magazine Policies Railroad restoration is a path toward unification and the future: president 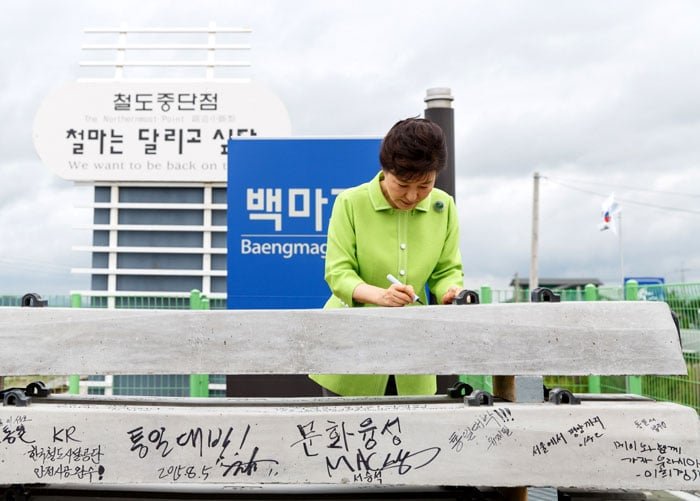 President Park Geun-hye signs one of the railway ties at Baengmagoji Station in Cheorwon-gun County, Gangwon-do Province, on Aug. 5.

Established in 1914, the Gyeongwon Line was a 222.3-kilometer railway line that connected Seoul and Wonsan. It was severed in 1945 due to the division of the Korean Peninsula. To mark the 70th anniversary of that division, the first stage of restoring the railroad line began on Aug. 5. The Korean government held a ceremony at Baengmagoji Station in Cheorwon, Gangwon-do Province, to mark the reconstruction of a 9.3-kilometer stretch of the Gyeongwon Line just south of the Demilitarized Zone (DMZ).

During the ceremony, President Park Geun-hye said, “Reconnecting the Gyeongwon Line, which shared in the joys and sorrows of the Korean people, will be the starting point to heal the painful history of the Korean Peninsula. The restoration will also serve as a starting point to lead Korea down a path toward unification and into a future with hope.” 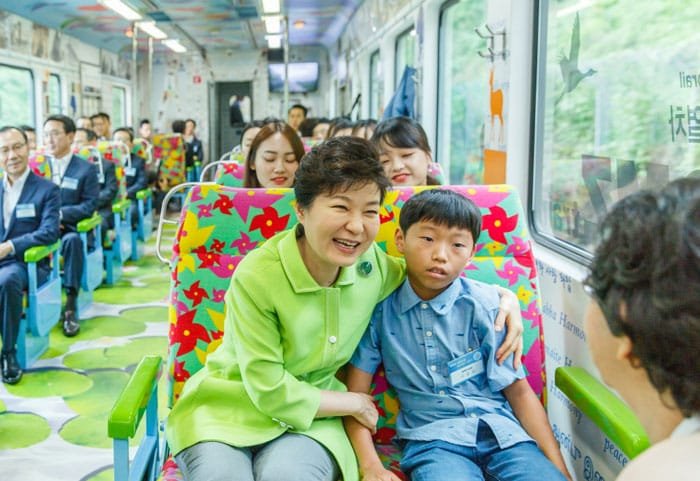 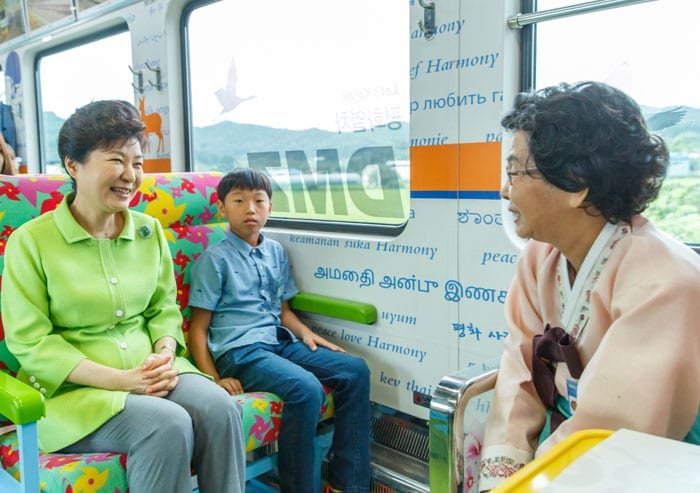 President Park Geun-hye (left) chats with passengers onboard the Gyeongwon Line on Aug. 5. President Park Geun-hye speaks during a ceremony to mark the rebuilding of the Gyeongwon Line.

President Park said, “As part of our government’s Eurasia Initiative, the rebuilt Gyeongwon Line will become a railway that will help Korea achieve a new economic leap forward and undergo one of the greatest transformations in its history.”

She predicted that the restored railroad would link Yeosu, Busan, Seoul, Cheorwon, Wonsan, Rajin and Khasan and reach further into Siberian and eventually European regions.

“Taking the long-term view, the government will seek measures that will enhance cooperation in a creative manner by connecting China’s ‘One Belt, One Road’ initiative, Russia’s ‘New Eastern Policy’ and the U.S.’ ‘New Silk Road’ initiative,” she said.

In regard to North Korea, President Park said, “Opportunities will always be open for the North to take part in this project. I hope Pyongyang can actively adopt an open-door policy and choose a path toward change in order to make the future one of co-prosperity and development.”

Emphasizing the importance of the DMZ and harmony between the two Koreas, President Park said, “If both Koreas can open a path toward new hope through dialogue and cooperation, we could turn the DMZ into a world-famous spot where history, society, life and peace coexist. If it comes true, the word ‘DMZ’ would mean the ‘Dream Making Zone,’ where all the dreams of all the Korean peoples, as well as of people from around the globe, could be realized.”

“South and North Korea should hold hands together to begin a journey toward peaceful unification by linking the main blocked artery across the Korean Peninsula,” she added. 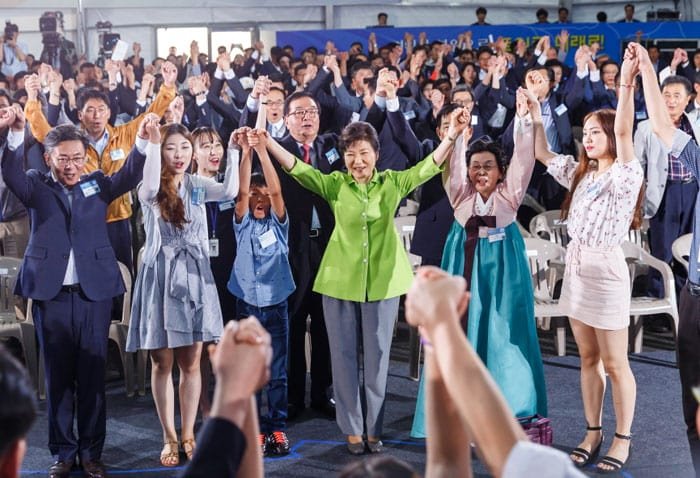 President Park Geun-hye (center) and other participants in the ceremony hold each other’s hands and call out together, showing their will to realize a peaceful unification on the Korean Peninsula. 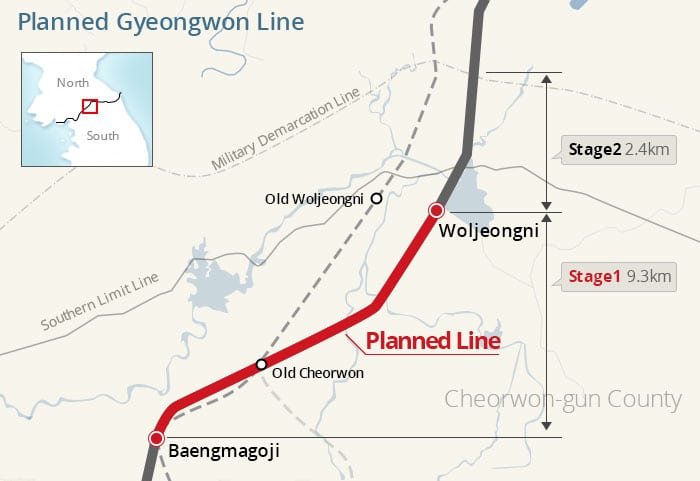