By Kim Yeojin and Lee Jihae

A copy of Donguibogam (Principles and Practice of Eastern Medicine), the classic textbook on traditional Korean medicine and national treasure written by the 17th-century royal physician Heo Jun of the Joseon Dynasty, is hard for the public to see.

But the section Shilgam Seojae (a title that literally means “Realistic Study” in English) at the National Library of Korea in Seoul’s Seocho-gu District allows people to flip through the pages of documents designed national treasures. Their original text in Chinese script is also translated into Hangeul to boost the documents’ readability.

Located on the third basement floor, this “immersive experiential” section uses cutting-edge technology to offer interactive content at a traditional library. It was opened in March and described in a news release as “Experiencing a future library with experiential content.” The name is a compressed term describing what the section is. The most popular exhibits are Donguibogam and the 18th-century Muyedobotongji (Comprehensive Illustrated Manual of Martial Arts). Public access to the two works is difficult, but Shilgam Seojae presents both in an animated style using state-of-the-art technology.

When opening the large digitized version of Donguibogam, an animated rabbit on top of a dragon pops up from the bottom left corner and explains the liver, the largest organ in the human body. The animated effect is inspired by the classic Korean tale “Byeoljubujeon (The Hare’s Liver).”

Martial arts movements are shown through animation in the digitized Muyedobotongji, making it easier for readers to understand.

Both digital books utilize projection mapping to project lights and videos on the surfaces of objects, making things in real life appear to have different characteristics. 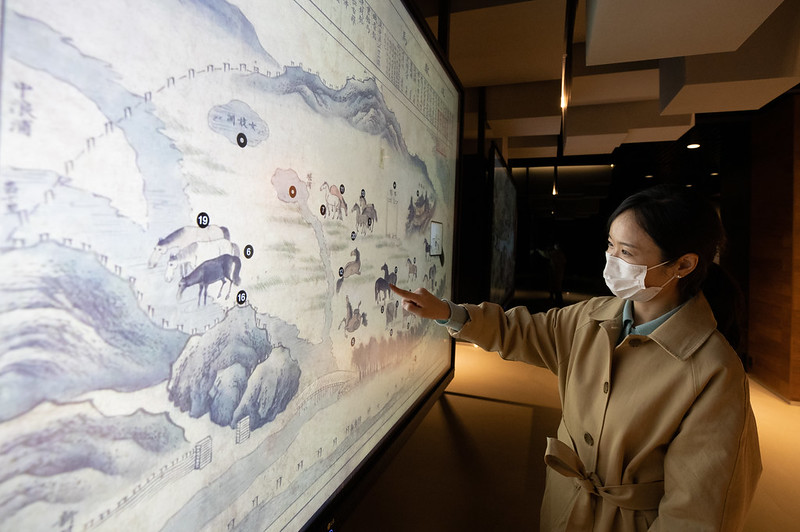 The interactive map section contains high-resolution images of Suseonjeondo, a 19th-century map of Seoul, and “Jinheonmajeongsaekdo,” a painting dated 1678 of horses given to the king as tribute. Viewers can zoom in and out of the images by touching the screens and see photos of a region’s past and present by clicking an area’s name. 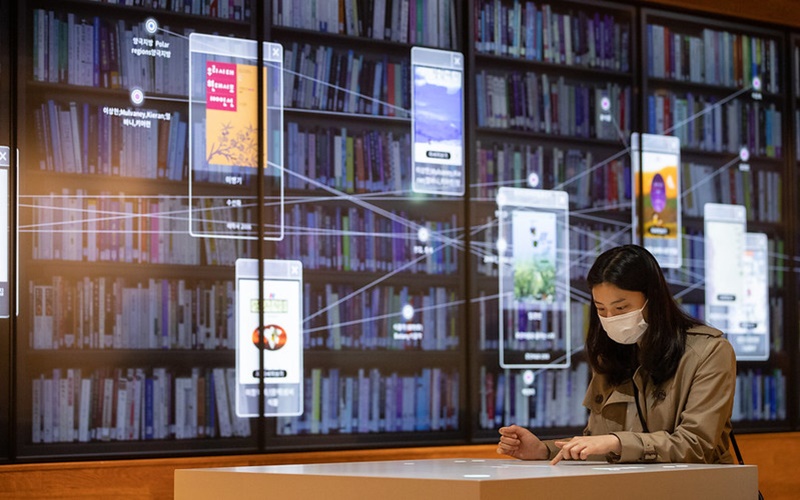