President Park Geun-hye (right) and King Abdullah II of Jordan pose for a photo prior to the Korea-Jordan summit at Cheong Wa Dae on Sept. 11. 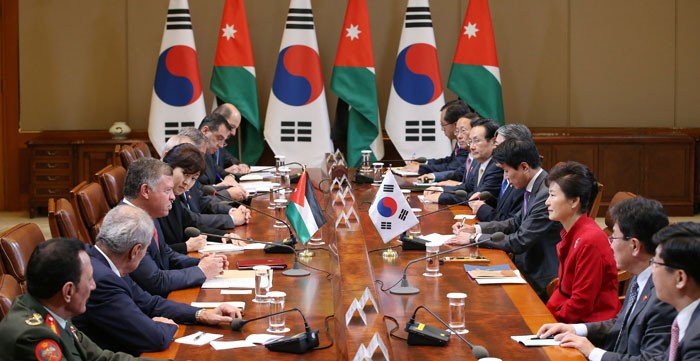 Both leaders shared their views on issues in the Middle East, how to contribute to international issues, such as cooperation against terrorism and humanitarian support, as well as issues involving the Korean Peninsula.

This is the fifth time for the Jordanian leader to visit Korea since he was enthroned in 1999. 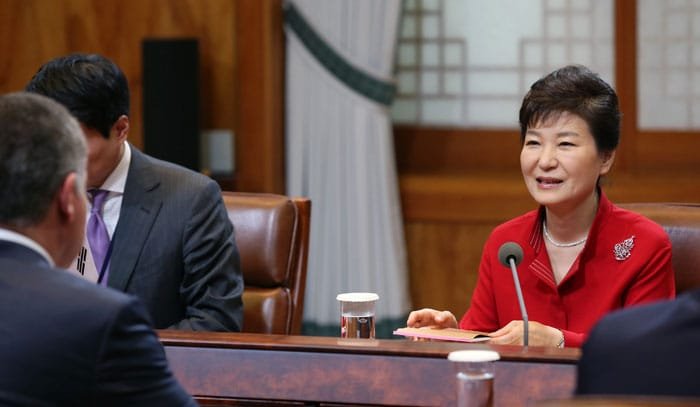 Korean and Jordanian leaders discussed measures to enhance cooperation between the two countries in various sectors. 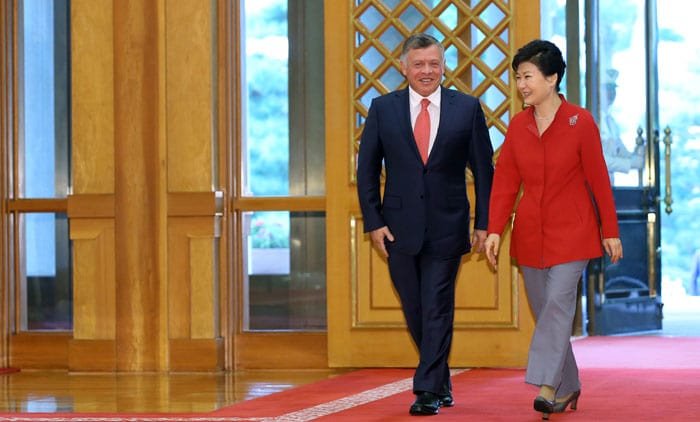 President Park Geun-hye (right) and King Abdullah II of Jordan walk toward the venue of the Korea-Jordan summit meeting at Cheong Wa Dae on Sept. 11.