Home Magazine History A journey through Buddhist history: from Gandhara to Silla The ‘Preaching Buddha’ is from South Asia’s Kushan period, between the 100s and 200s.

Buddhist sculptures from across Asia are set to be spotlighted at a museum in Seoul.

On Sept. 25, the National Museum of Korea in Yongsan-gu District will kick off a special exhibition featuring 210 works of Buddhist art. The works to be featured have traveled from eight countries, including the U.S., Japan and China.

The exhibition is titled Masterpieces of Early Buddhist Sculpture, and the works on display here represent Buddhist art spanning from the Gandhara region of northern Pakistan through to Seorabeol, the ancient capital of the Silla Kingdom (57 B.C.-A.D. 935), today’s modern Gyeongju in Gyeongsangbuk-do Province (North Gyeongsang Province).

The exhibits bring to light the process of how Buddhism took shape across India, the home of the religion, and spread to Southeast Asia, Central Asia, China and eventually to the Korean Peninsula in the 300s.

The exhibition consists of four sections, each focusing on the creation and promulgation of Buddhist sculpture in respective Asian regions. The first section, “Buddhist Sculptures of India: The Beginning of a Long History,” shows how and why people in India started to carve Buddhist works of art.

The second part focuses on how China, a nation quite different from India in terms of language, religion and philosophical thought, started to embrace Buddhism and its art.

The third section offers a glimpse into the early history of Korean Buddhist sculpture as it developed across the peninsula. A series of exhibits here also hint that Korea engaged in numerous transactions with its neighbors, including ancient Japan.

The fourth part compares statues of the pensive Bodhisattva from Korea, China and Japan.

Among the items on display at the exhibition are sculptures that can rarely be seen by the public, some of them owned by the Metropolitan Museum of Art in the U.S. and some from the Tokyo National Museum.

The exhibition continues until Nov. 15. The Masterpieces of Early Buddhist Sculpture exhibition is to be held at the National Museum of Korea in Seoul from Sept. 25 to Nov. 15. 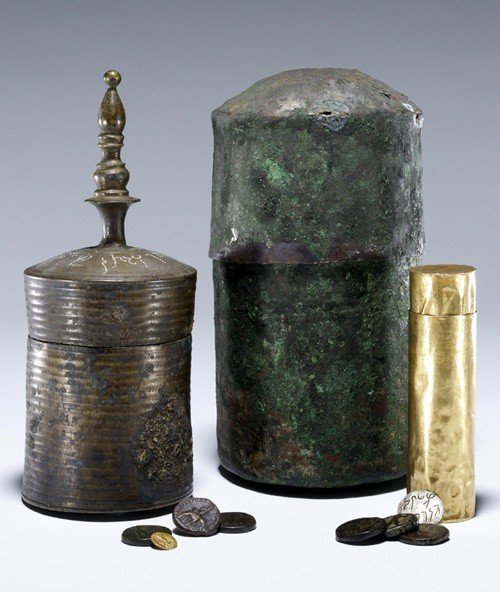 A container for relics (사리기, 舍利器) is from South Asia’s Kushan period. An altarpiece dedicated to the Maitreya Buddha is believed to have been made in Hebei Province, China, sometime around 520 or 530. 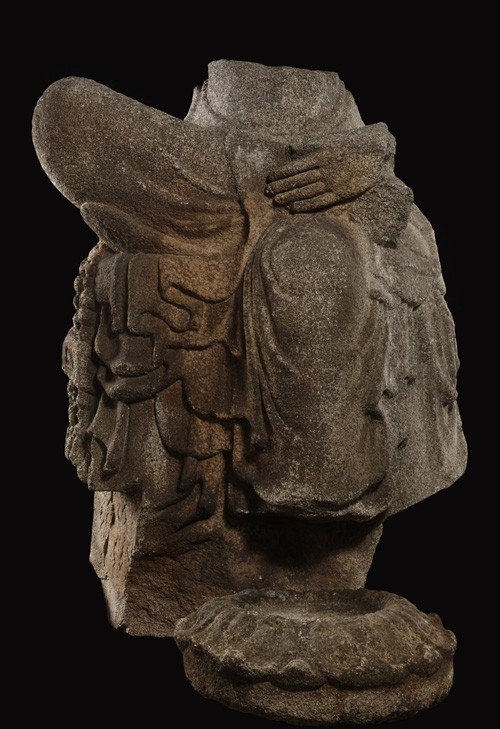 Only the lower half of a statue of the pensive Bodhisattva from the late 600s survives today. 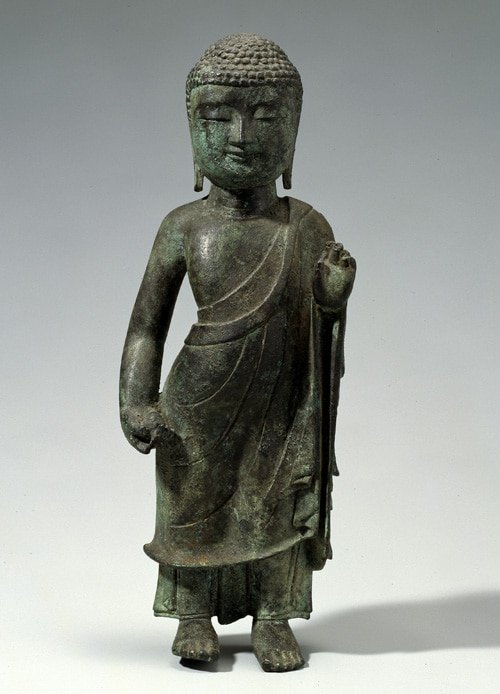 Many statues of Buddha date back to the early 600s.