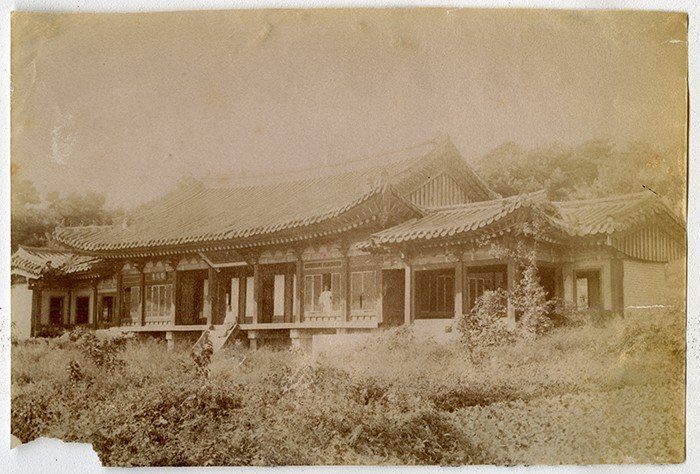 The Hoesangjeon Hall at Gyeonghuigung Palace is considered to be a rare structure that shows the original appearance of buildings before being damaged by Japanese forces. The photo is one recently donated by Priscilla Welbon Ewy of the U.S.

A new photo of the Hoesangjeon Hall (회상전) at Gyeonghuigung Palace has come to light that shows what the structure looked before suffering the ravages of Japanese colonialism.

There are also photos of a royal march by Emperor Gojong (1852-1919) of the Daehan Empire.

Many documents show the procedure of how Korea-U.S. relations were built in the earliest stages, along with newspapers and magazines after Korea’s liberation.

These are all part of materials donated by a family of U.S. missionaries that was in Korea from late Joseon until independence from Japan.

The National Folk Museum of Korea announced on Jan. 30 that it has published a select range of books featuring a total of 648 individual historical items donated by Priscilla Welbon Ewy of the U.S. These donated items are all related to her father and grandfather.

Donated in 2015 and 2016, they include rare photos from late Joseon times, such a photo of the Hoesangjeon Hall at Gyeonghuigung Palace before it was ruined by colonial forces. Gyeonghuigung Palace is one of the five main Joseon palaces but almost no related records are left today. Many of the donated items are from the father of the donator, Henry G. Welbon (1904-1999), such as his personal belongings, including letters, documents, clothes, data from his career as a translator for the U.S. Army Military Government in Korea, and records from when he was a director of public relations at the Gyeongsangnam-do provincial offices. Also included are items and related records about the Korean language, and newspapers and magazines published in Korea that show what Korea was like at that time.

Donated materials from Priscilla Welbon Ewy include photos show a royal march. In the photos, the marchers pass by the Daeanmun Gate (대안문), the main gate at Gyeongungung (경운궁), which was the main royal palace of the Daehan Empire.

The donated items also include documents that are related to the formation of Korea-U.S. relations. These documents include papers that contain the U.S. military government’s rice policy, in which it vowed to carry out fair collection and distribution of rice after Korea’s liberation in 1945.

Other noticeable data include the first edition of a thesis written by Harvard University Professor E.O. Reischauer (1910-1990) about the Romanization of Hangeul. Reischauer worked with G.M. McCune (1872-1941), who was a U.S. missionary and a principal at the Pyongyang Soongsil School (평양숭실학교), to build the McCune-Reischauer system of Romanization, the first-ever for the Korean language.

Another remarkable feature of the collection is that it shows directly the long-lasting bond between the Welbon family and Korea. The grandfather of the donator, Arthur G. Welbon (1866-1928), was originally from Michigan. He first came to Korea in 1900 and worked as a missionary. After his passing in 1928, he was buried at the Yanghwajin Foreign Missionary Cemetery. His spouse, Sadie Welbon, also worked as a missionary in Daegu from 1899 to 1919. The father of the donator, Henry G. Welbon, was born in Seoul in 1904. He was a pastor, but later worked as a public relations officer at the Gyeongsangnam-do provincial offices, and as a translator for the U.S. Army Military Government until 1947.

A representative from the National Folk Museum of Korea highly valued the publication of the books, saying, “These records are the outcome of three generations of the Welbon family, from Arthur, Sadie and Henry to Priscilla.”

“Looking back on the short yet brilliant activities of Henry G. Welbon in Korea is more meaningful than understanding the life of an individual. It holds significance as it helps us to understand the public relations activities of the U.S. Army Military Government and the formation of Korea-U.S. relations at the earliest stages,” said the museum representative.

Priscilla Welbon Ewy said, “The donated materials are important to my family, but I believe they will be more meaningful in Korea for research and to develop the archives.”

“I hope they can become the foundation for drawing new conclusions about Korean history and society,” she added.

Newly donated documents show the U.S. Army Military Government’s rice policy, in which it vowed to carry out fair collection and distribution of rice after Korea’s liberation in 1945. These documents were prepared by the public relations department at the Gyeongsangnam-do provincial offices. 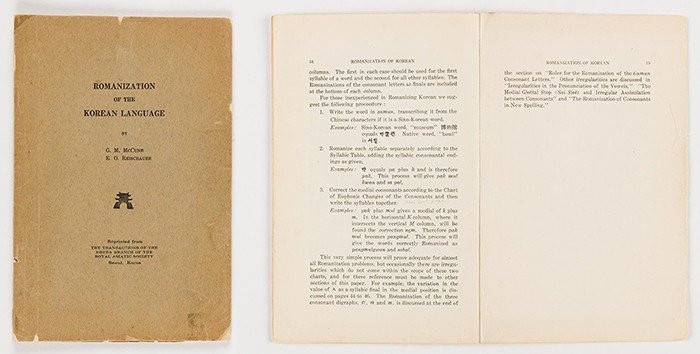 A first edition of the thesis on the Romanization of Hangeul is written in 1939. 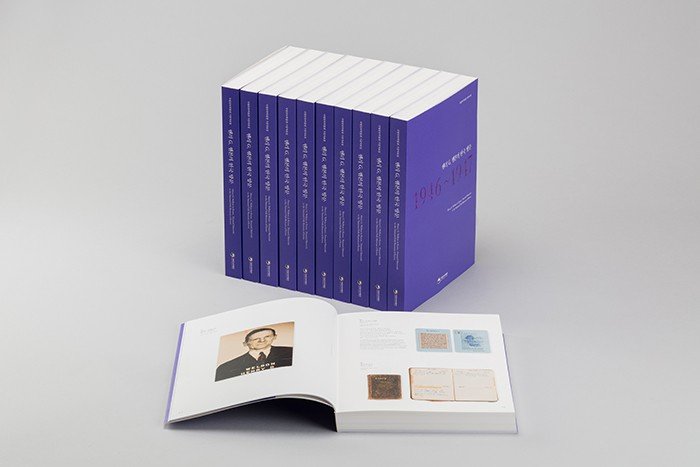