In 2004, a series of ancient tombs and relics were excavated in the small village of Bujang-ri, in Seosan-si, Chungcheongnam-do (South Chungcheong Province), when construction workers were inspecting the site for a new apartment complex.

The ancient tombs were designed as tumuli, or barrows, a burial form that can be found in excavations dating up until the sixth century. 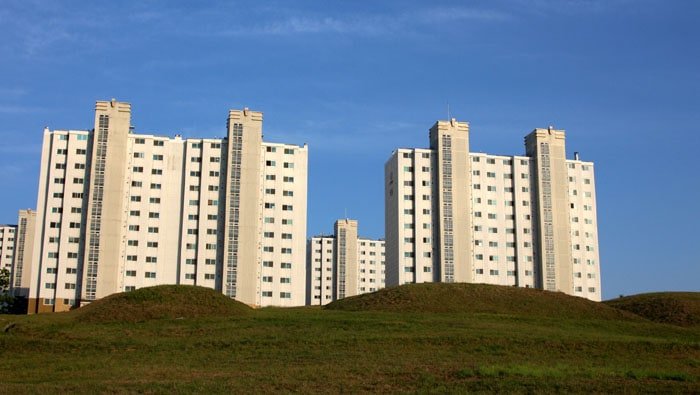 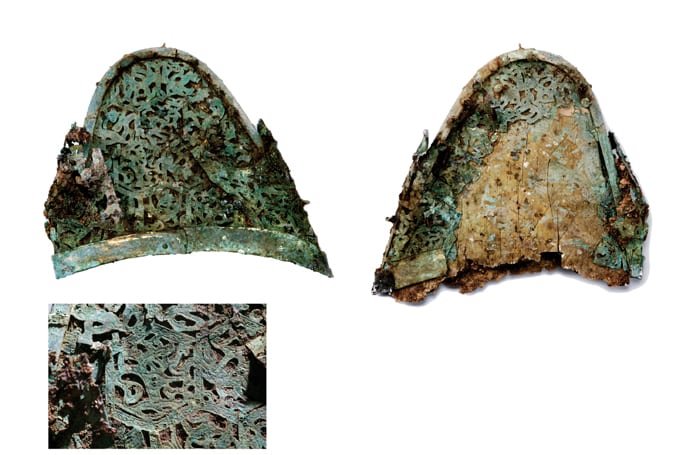 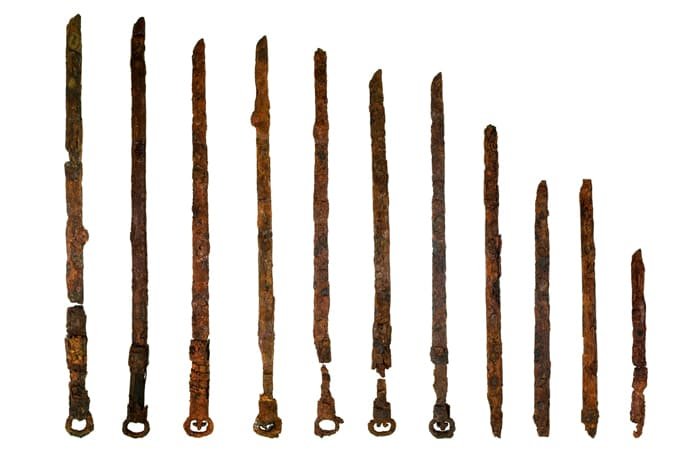 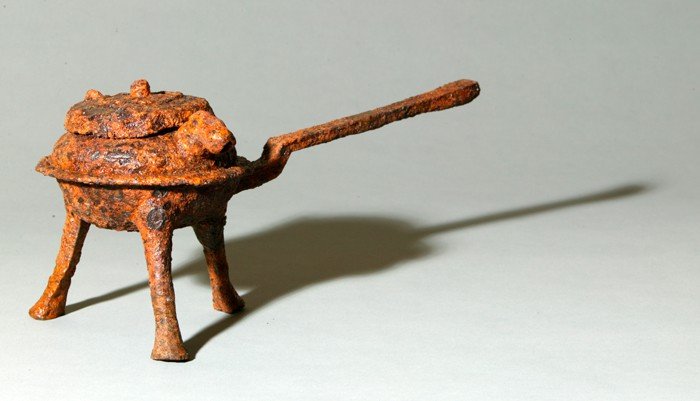 A series of ancient tombs in Eumam-myeon, Seosan-si, in Chungcheongnam-do, can still be seen today. Historical artifacts excavated from the tombs include a gilt-bronze crown and sword, evidence that those entombed there were men of power during their time.

The barrows were constructed so that the entrance to the tombs was constructed first, and then a series of burial mounds were raised over the grave.

Numerous historical relics were excavated from the tumuli, found across the area. There is a gilt-bronze crown, swords with ring pommels, a bronze vessel and other fairly high-end grave items. Archeologists say that the discoveries imply that aristocrats with some power were buried there.

The area around Bujang-ri is known to have been a major trade route when the Baekje Kingdom (18 B.C.-A.D. 660) actively traded with the Han Dynasty and other ancient Chinese kingdoms. It was also a major route for the spread of Buddhism into Korea. 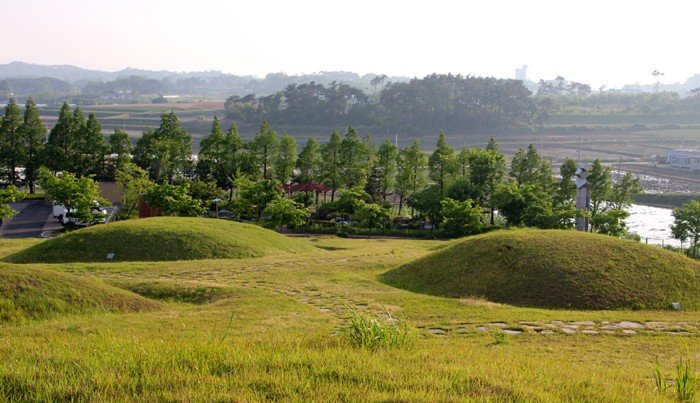 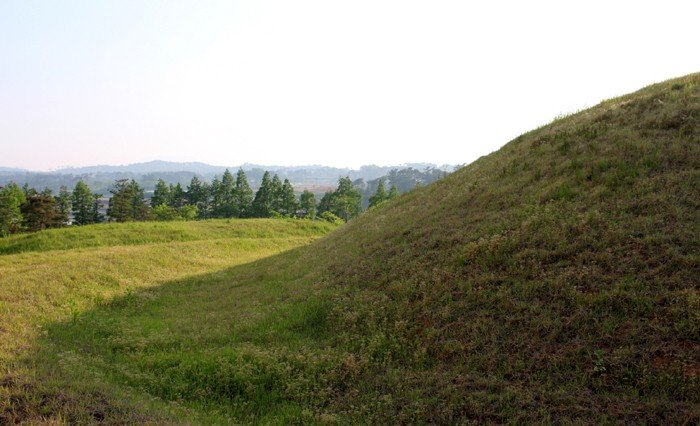 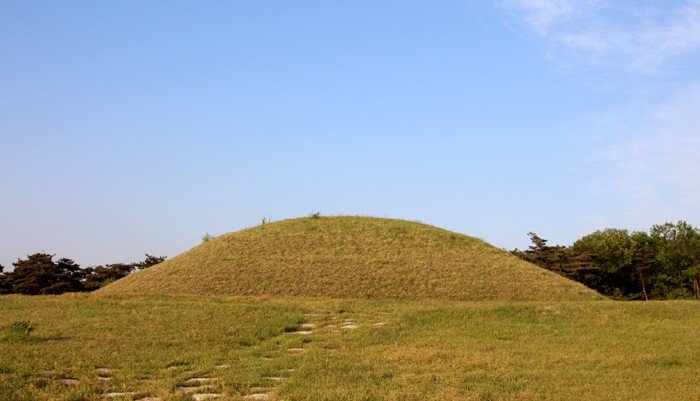 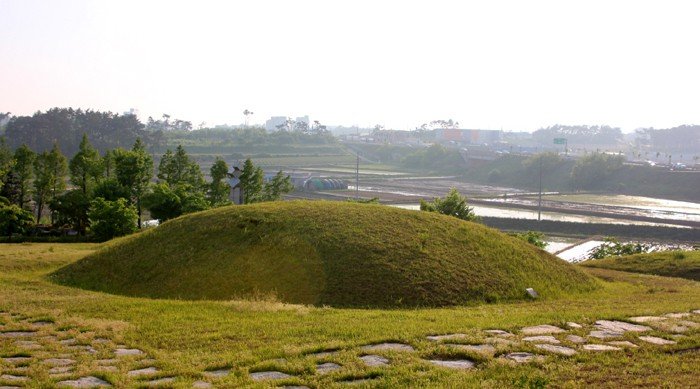 The stark contrast between the ancient and the modern can be seen as the apartments stand behind the ancient barrows. The contrast emphasizes the flow of time.