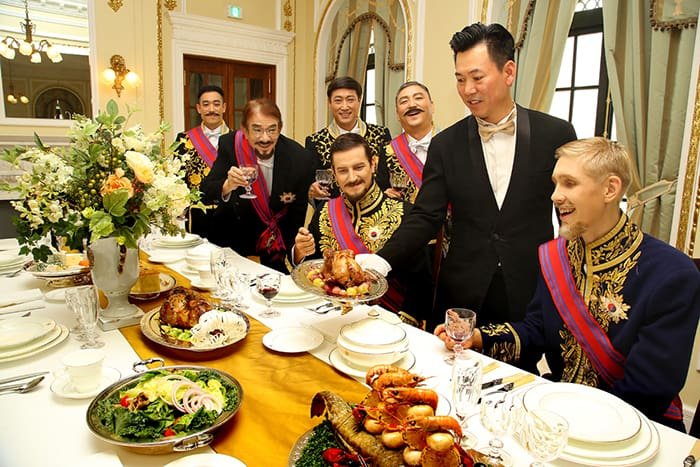 A reenactment of a Korean royal imperial banquet from the Korean Empire (1897-1910) takes place at the Westin Chosun Hotel in Seoul on Oct. 11. The event commemorates the 120th anniversary of the proclamation of the Korean Empire.

The Cultural Heritage Administration, the Sinsegae Chosun Hotel, Baewha Women’s University and the National Trust for Cultural Heritage together hosted the reenactment of a Western dinner for the imperial family of the Korean Empire, where diplomats were invited, too.

After the proclamation of his empire, Emperor Gojong actively adopted Western habits in the hope of modernizing Joseon, as many other countries of the era were doing. During Joseon times, most diplomats were sent to and came from neighboring countries, such as Japan or China. However, after the internationalization of Korea it was necessary to adopt new Western protocols for diplomatic visits. Therefore, the Korean Empire served a French dinner at its imperial banquets, as this was the standard protocol for diplomatic visits at the time.

The 12-course French dinner was chosen based on the book “How I Came to be at the Korean Imperial Court” (Wie ich an den Koreanischen Kaiserhof kam), written by Emma Kroebel, a German who was in charge of hosting royal imperial events for the Korean Empire in 1905 and 1906. 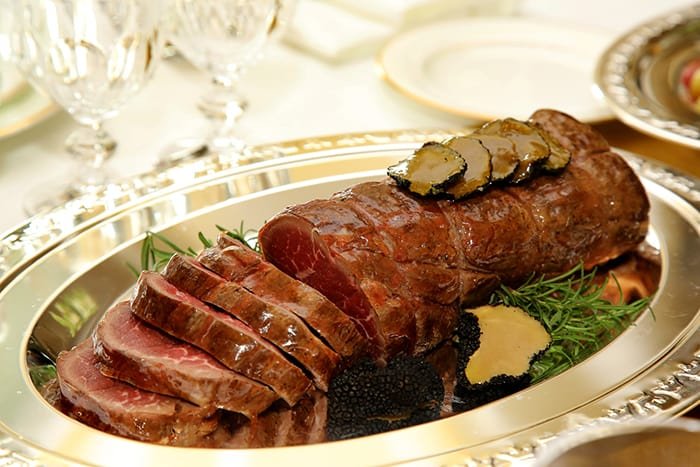 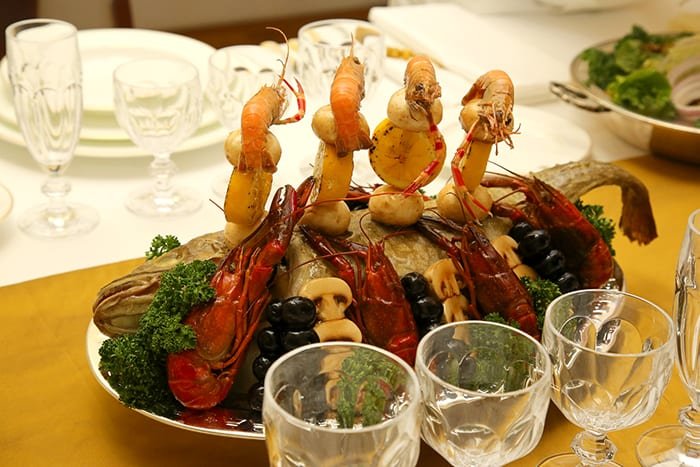 Filet braise aux truffles (top), or beef fillet braised with truffles, and poisson rôti aux champignons, or roasted fish with mushrooms, were among the 12 French dishes served at royal imperial Korean Empire banquets, as seen in a reenactment of the dinner at the Westin Chosun Hotel on Oct. 11.

“The event was held to mark the 120th anniversary of the proclamation of the Korean Empire and showed the changing eating habits during the Korean Empire, which has not before been highlighted,” said the Cultural Heritage Administration.