On the morning of Oct. 4, a reenactment of the Sajikdaeje rites takes place at the Sajik Altar. The rites are performed in the hopes of peace and a good harvest, and they have been held every autumn since 1988.

The term Jongmyo-Sajik (종묘-사직, 宗廟-社稷) refers to the concept of the entire nation, encompassing the king at the top, the harvest, the gods, the earth and everything in between. It also includes more specifically the two most important rituals that were performed by the king during Joseon times. These rites took place at shrines that housed the royal family’s ancestral spirit tablets. The term “sajik” refers to the prayers made to the God of Earth (사, 社) toward the east and to the God of Harvest (직, 稷) toward the west. The Sajik Altar is where these rituals took place.

At a shrine to the west of the main palace were performed the Sajikdaeje (사직대제, 社稷大祭) rites, one of the most important national rituals that the king had to perform during Joseon times. Its success or failure was believed to be connected to the rise or fall of the kingdom. People stopped performing the ritual due to Japanese pressure in 1908. However, the Sajikdaeje Preservation Committee (unofficial translation) revived it in 1988. Since then, the rituals have been performed every autumn.

On the morning of Oct. 4, a reenactment of a royal Joseon parade, the Eoga Haengnyeol (어가행렬, 御街行列), took place between Deoksugung Palace and the Sajik Altar. It was not particularly short, and there were many people lining the parade route to watch and enjoy the ceremony. Tourists who happened to be in Seoul that day kept snapping away with their cameras.

The Jongmyodaeje and Sajikdaeje rites, including royal Joseon parades and rituals, take place every May and October. 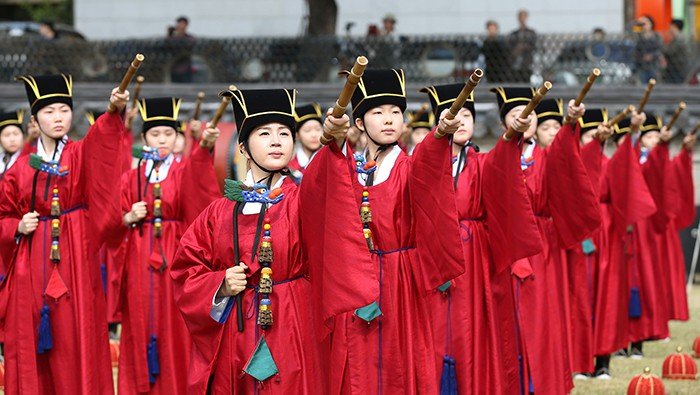 Participants perform the “Parilmu”(팔일무, 八佾舞), one of the ritual ceremonies performed yearly at the Sajik Altar. 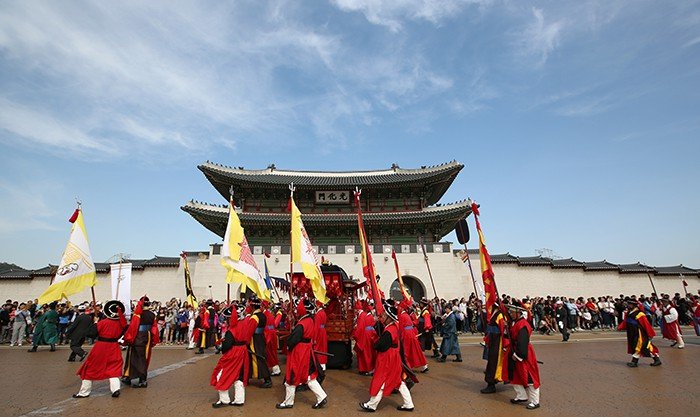 A royal Joseon parade, the Eoga Haengnyeol, passes in front of the Gwanghwamun Gate. The Sajikdaeje rites take place at the Sajik Altar, nestled among Seoul’s more modern buildings, on the morning of Oct. 4. 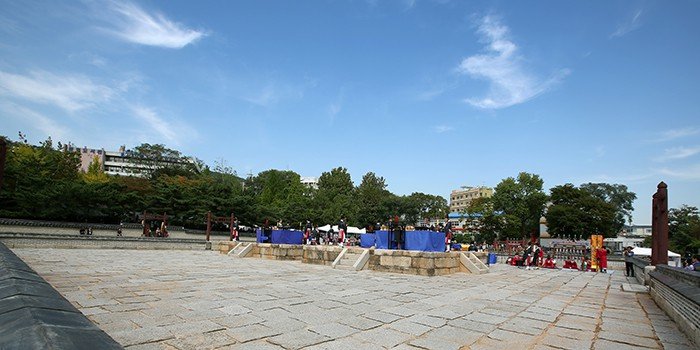 The Sajikdaeje rites take place under a clear, blue sky on Oct. 4.