In a letter to her son-in-law Yun Eui-seon and which uses the Hangeul alphabet, Queen Sunwon asks about health of her daughter, Princess Deogon. She sent the letter packaged with some Oriental medicine. The queen exchanged letters with her daughter through her son-in-law, as married princesses were not allowed to enter the palace at that times. This letter is believed to have been written between 1838 and 1843.

“I am concerned about her health, as it’s too hot in the mid-summer monsoon. I once thought she may have recovered, but still wonder how she’s feeling today. My daughter once had symptoms of a skin rash. I wonder why she cannot rest… Is it because of the hot weather?”

This letter is part of a new exhibit at the National Hangeul Museum, “A Wedding Day in Autumn 1837: Hangeul Materials Related to Princess Deogon.”

Scheduled from Sept. 13 to Dec. 18, this exhibit will introduce materials written using the Hangeul alphabet, including letters and books, that tell us about the wedding and married life of Princess Deogon, the youngest princess of King Sunjo. All these materials are being open to the public for the first time.

The title of the exhibit and its opening day is derived from the actual wedding day of the princess: Sept. 14, 1837. This exhibit introduces not only the wedding and married life of court women, but also the use of the Hangeul alphabet, and the motherly love shown by Queen Sunwon for her married daughter. 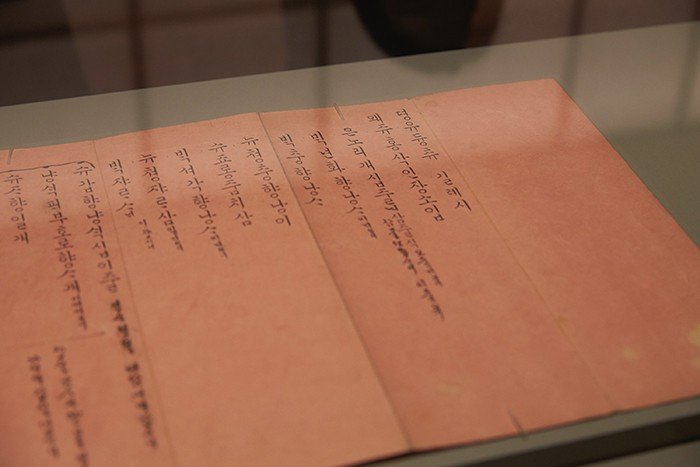 A list of wedding items given by Queen Sunwon to Princess Deogon in 1837 is written using the Hangeul alphabet. It’s a 5.5-meter scroll paper listing about 200 items that should be prepared for Princess Deogon’s wedding. The items include not only accessories, such as norigae decorations, sewing tools like scissors and buttons, kitchenware like bowls and plates, but also stationery items, such as brushes and inkstones. All these items are recorded in detail in the document.

This exhibit is composed of two parts: the wedding of the princess in 1837, and then her married life.

The first part focuses on the wedding ceremony that was held when the princess was 16-years-old. One of the most noticeable documents on display at the museum is a list of wedding items prepared by Queen Sunwon for her daughter and her son-in-law. All the given items are recorded in detail, including information about the person to receive and send each item, and the name and number of each item.

These items include sewing tools like scissors and buttons, kitchenware like rice bowls and plates, and stationery items, such as brushes and inkstones. Museum-goers can also see some of the actual wedding items that have been preserved, such as norigae decorations.

The second part of the exhibit shows the married life of the princess, who lived in Jeodong, today’s Jung-gu District in central Seoul. It shows the letters written using the Hangeul alphabet that Queen Sunwon sent to her daughter, and books written with Hangeul and other materials written by Princess Deogon, who enjoyed reading and writing. 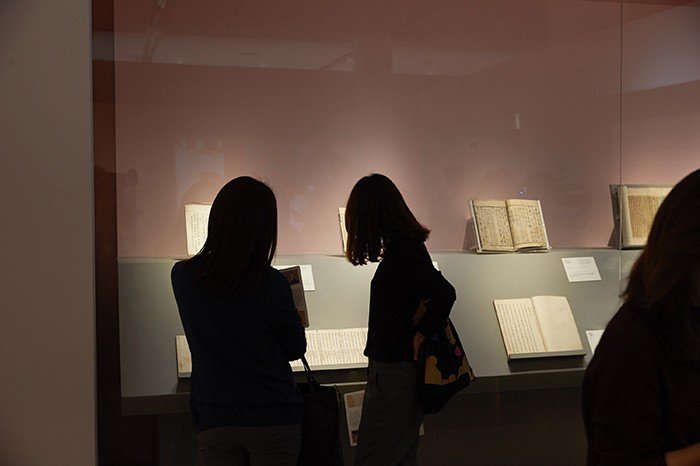 Visitors look at some of the books transcribed by Princess Deogon. The princess loved reading and transcribing them so much that she brought more than 4,000 books to her home in Jeodong after the wedding.

Another interesting part of the exhibit are the audio and video items prepared for the museum-goers. In every corner of the museum, visitors can learn more about the court wedding and the detailed stories surrounding the letters by using tablets and other IT displays that use augmented reality (AR).

“This exhibit not only shows the motherly love of the queen for her daughter, but also the life of elegance enjoyed by the royal Joseon family,” he said. 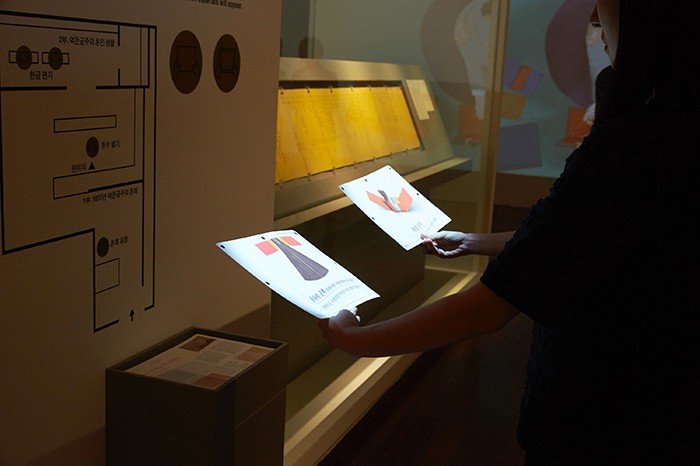 They can also learn more about the wedding items at the princess’s wedding thanks to videos taken of the documents. The exhibition introduces the actual wedding items worn by Princess Deogon, including the norigae decorations.