Joseon’s royal tombs belong to the kings, queens and family members of the dynasty (1392-1910). As a whole, they were enlisted as UNESCO World Heritage sites in 2009. The royal tombs are divided into two categories. Tombs that belong to kings, queens and those who are honored as such are called neung (능, 陵), while those that belong to crown princes, their wives and other relatives of the king are called won (원, 園). There are 40neung for the kings and queens and 13 won for the crown princes and their wives. All except three are located within 40 kilometers of Seoul. The royal tombs form the core of Joseon philosophy. They embody loyalty, filial duty and courtesy, all based on the Joseon people’s belief in the afterlife and in Confucianism. The tombs are also cultural heritage items through which people can take a peek at Joseon art and science, as well as at the way in which society and philosophy have changed through the generations. 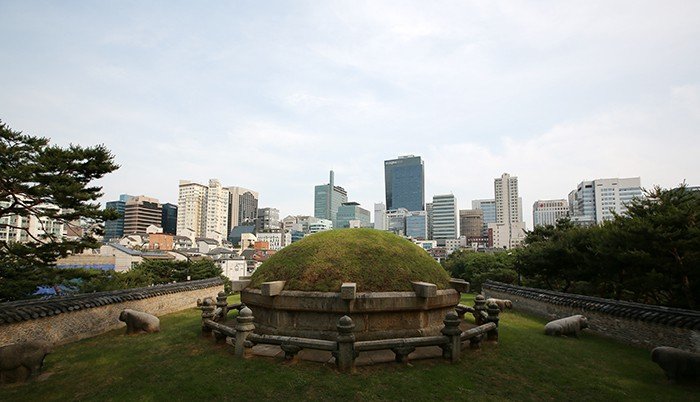 Jeongneung is the tomb of King Jungjong (r. 1506-1544), the 11th king of Joseon. The tomb is seen from the front and the skyline in the background shows a typical urban scene.

The Seonjeongneung Tombs are located at 100-1 Seolleung-ro Street, Gangnam-gu District, Seoul. The tombs belong to King Seongjong (성종, 成宗) (r. 1469-1494), the ninth Joseon monarch, one of his sons, King Jungjong (중종, 中宗) (r. 1506-1544), the 11th monarch, and one of Seongjong’s wives, Queen Jeonghyeon (정현, 貞顯) (1462-1530). The name of the tomb site combines the words Seolleung, the name for the individual tomb of King Seonjong, and the word Jeongneung, King Jungjong’s tomb.

The tombs play a role as an oasis in the city, filled with its high-rise buildings. When it was built in 1495, however, during the first year of the Yeonsangun’s reign (r. 1494-1506), it was outside of Hanyang, the ancient name of Seoul, and was located in Hakdang-ri in Seomyeon, Gyeonggi-do (Gyeonggi Province). 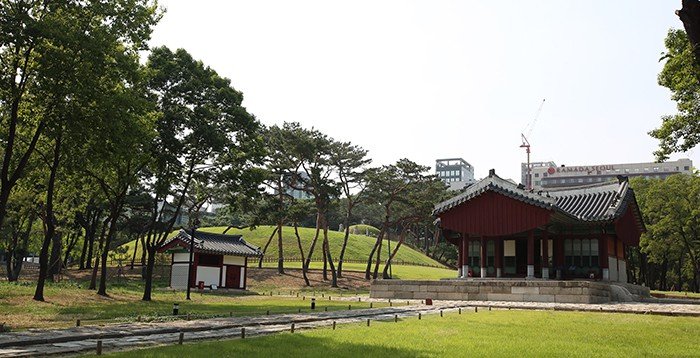 A father, a mother and a son are buried at the Seonjeongneung Tombs, with multiple burial mounds on different hills. The tombs now sit in the middle of the city, as the capital has expanded. The tombs suffered many ordeals throughout history, unlike other royal Joseon tombs. Hideyoshi invaded Joseon between 1592 and 1598, accusing it of not letting his army pass through the Korean Peninsula to invade Ming China. In 1593, the 26th year of King Seonjo’s reign (r. 1567-1608) and amidst the invasion, some enemy soldiers tried to dig up the royal tomb.

According to King Seonjo’s chronicle in the “Annals of the Joseon Dynasty,” on April 13, 1593, it was noted that the king received a report from a provincial governor from western Gyeonggi-do saying that, “Invading soldiers have dug up the Seolleung and Jeongneung tombs. Catastrophe has befallen the royal tombs and I cannot express how grief-stricken I am as a retainer.”

The king responded by saying that, “This is immeasurable. Quickly ask related administrations to discuss the issue and to take necessary action.” The Seonjeongneung Tombs were off-limits to the common people and were considered to be a solemn location. Now, however, it is one of the most popular royal Joseon tombs as it acts as a park in the middle of the city. It is also the only Joseon royal tomb that is open until 9 p.m.

“The Seonjeongneung Tombs are a place where many people can feel at ease and can learn about and experience history,” said Kim Yong-uk, head of the central region branch of the Royal Tomb Office.

“King Seongjong, who asked that the ‘Akhak Gwebeom‘ be produced, an illustrated text on traditional music, now rests in the Seolleung Tomb. There will be a chance to listen to music from Joseon times at the tomb in October,” said Kim.

Kim added that a musical concert, “King Seongjong’s ‘Akhak Gwebeom‘ and Merry Gugak Performed at a Memorial House,” will take place in October and he asked that as many people as possible come to enjoy the traditional music. Lee Dong-jin, a guide at the Seonjeongneung Tombs, explains the royal burial sites on June 12.

“White-collar workers take strolls through the Seongjeongneung Tombs during their lunch hours and people take a walk with their family after dinner,” said Lee Dong-jin, a guide at the Seolleung Royal Tomb Office. “Many people say that the Seongjeongneung Tombs are most beautiful in the spring when the cherry blossoms bloom. The tomb changes its appearance every season. Personally, I think the Seonjeongneung Tombs are most beautiful in November, with the autumn foliage, when the leaves turn yellow and red.”

“The Seonjeongneung Tombs cover 240,734 square meters in the middle of the affluent Gangnam-gu District. It must be one of the most expensive royal tombs anywhere in the world,” he said with a smile. Stone statues of a civil servant and a military officer guard the Seolleung Tomb. High-rises unfold like a screen in the background. 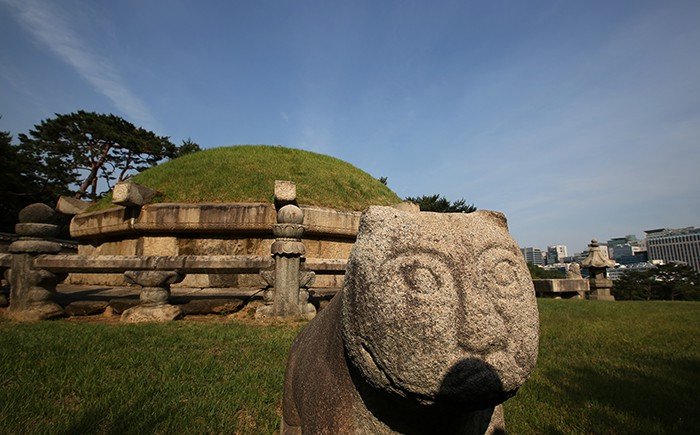 A stone tiger faces the sun as the temperature rises to over 34 degrees Celsius on June 10. Lee Dong-jin, a guide at the tomb, says that the tiger symbolizes yang and the sheep represents yin, among the animal statues surrounding the tomb. 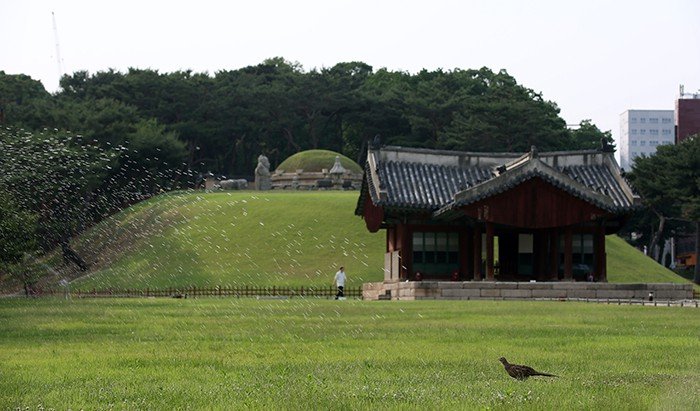 A pheasant lets water from a sprinkler cool its body at the Jeongneung Tomb during the afternoon of June 10 as the temperature reaches over 34 degrees Celsius. 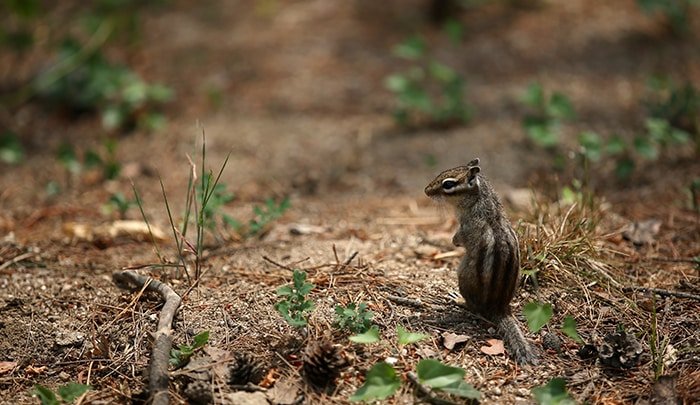 It is easy to spot squirrels searching for food at the Seonjeongneung Tombs.