The meeting between the two leaders of the divided Korean Peninsula is an event that is being closely followed by the world at large as it marks a true milestone in modern history.

With the launch of an Inter-Korean Summit, expectations for certain outcomes, such as peace, inter-Korean cooperation, and even the possibility of unification, have followed.

The very first Inter-Korea Summit was held in 2000, more than 55 years after the Korean Peninsula was divided in two.

This was during the Kim Dae-jung administration (1998-2003), when the government promoted peaceful engagement and rapprochement, an approach called the Sunshine Policy.

When former President Kim Dae-jung made his Berlin Address on March 9, 2000, stating his hopes to expand inter-Korean cooperation from the private level to the public sector, North Korea responded immediately, proposing an Inter-Korean Summit. Subsequently, the two sides held working level talks for around three months before the dates were finalized.

President Kim and former North Korean leader Kim Jong Il held their historic summit from June 13 to 15 that year in Pyeongyang. The June 15 South-North Joint Declaration, the first agreement between the two Koreas, was announced after the summit.

As a result, families separated by division were reunited for the first time in decades, and it became possible for tourists from the South to visit Mt. Geumgang in the North. Numerous sports exchanges took place, as well. Trade volume between the two Koreas soared.

That year, President Kim was awarded the Nobel Peace Prize “for his work for democracy and human rights in South Korea and in East Asia in general, and for peace and reconciliation with North Korea.” President Roh followed in the footsteps of his predecessor, continuing the Sunshine Policy. With an invitation from the North, the president visited Pyeongyang from Oct. 2 to 4, 2007.

The second summit was held just when the September 19 Joint Statement (2005), concerning the denuclearization of the Korean Peninsula, and its associated action plan, the February 13 Agreement (2007), were starting to be implemented.

This time, the two sides signed the Declaration on the Advancement of South-North Korean Relations, Peace and Prosperity, also known as the “October 4 Declaration.” This agreement, which drew a new map for inter-Korean relations, outlined issues such as inter-Korean military talks and economic cooperation.

However, inter-Korean relations tumbled back to square one in the years that followed. The October 4 Declaration had trouble taking off, and North Korea charged ahead with its nuclear tests.

During the Lee Myung-bak and Park Geun-hye administrations, events such as the murder of a tourist at Mt. Geumgang, the sinking of the Korean naval ship Cheonan, the bombardment of the island Yeonpyeong and the shutdown of the Gaeseong Industrial Complex all exacerbated tensions between the two sides. The relentless cycle of nuclear provocations and sanctions made matters increasingly worse. 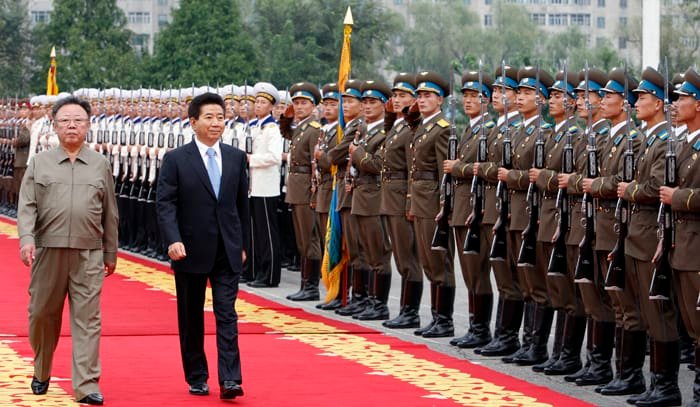 With the dawn of 2018, however, inter-Korean relations have taken a sharp turn toward reconciliation. North Korea’s participation in the PyeongChang 2018 Olympic and Paralympic Winter Games this past February was instrumental in bringing about this rapid change.

Using the PyeongChang Games as a pivot, the two Koreas agreed to hold summit talks and, subsequently, announced approximate dates for a meeting between the U.S. and North Korea. Compared to last year when foreign affairs were plagued by North Korean nuclear weapon tests and missile provocations, it appears that a new leaf has been turned.

The third Inter-Korean Summit will take place at the Peace House in Panmunjeom. Unlike previous summits, denuclearization of the Korean Peninsula is the main — indeed, the sole — issue on the table. Economic cooperation has not been included on the agenda for this summit.

“At the present time, an opportunity has been created to discuss the most important issue. Only once we have the results of both the inter-Korean and the U.S-North Korean summits will we gain the support of the U.N. and the international community. Economic cooperation will come as the next step,” said Cheong Wa Dae on Feb. 4.

In the meantime, the world will be focused on the denuclearization talks and on what kinds of outcome President Moon will be able to achieve with his policies based on peace and diplomacy.