It is located in Qinhuangdao City (秦皇島市), Hebei Province (河北省) in the People’s Republic of China, and a research team exploring Korean history visited the location on July 14.

President Kim Hak Joon of the Northeast Asian History Foundation (NAHF) and President Kim Jung-bae of the National Institute of Korean History (NIKH) both commented that the Shanhai Pass (山海关), where the Great Wall meets the sea, is the border that divides and defines the history of Korea and China. The Old Dragon’s Head extends along the coastline, touching the waters of the Bohai Sea (渤海). The gigantic wall was constructed by ancient Chinese monarchs in the hopes of keeping out invaders. President Kim Hak Joon (left) of the Northeast Asian History Foundation and President Kim Jung-bae of the National Institute of Korean History visit the Old Dragon’s Head (above) (Lao Long Tou, 老龙头) at the Shanhai Pass, the easternmost terminus of the Great Wall of China. The words ‘First Pass Under Heaven” (天下第一关) are engraved above one of the gates (bottom). The two historians emphasize that this fortress defines the boundary between Korean and Chinese history.

According to historical records, a number of tribes began building what became the Great Wall as early as the seventh century B.C. Many peoples, including the Chu (楚), the Qi (齊), the Wei (魏), the Han (韓), the Yan (燕), the Qin (秦) and the Zhao (趙) existed during the Spring and Autumn Period (771 B.C.-476 B.C.) (春秋时代) and the Warring States Period (476 B.C.-221 B.C.) (戰國時代). At various times, they all had to build parts of what became the Wall around their boundaries to protect themselves from attack. In 221 B.C., the Qin unified the tribes to form China. They had already constructed some 5,000 kilometers of the Great Wall, linking smaller castles built by the Yan and the Zhao, among others. The Great Wall got its current shape during the Ming Dynasty (1368-1644). The total length of the wall is about 5,600 kilometers from Shanhai Pass in the east through to the Jiayu Pass (嘉峪关) in the west. 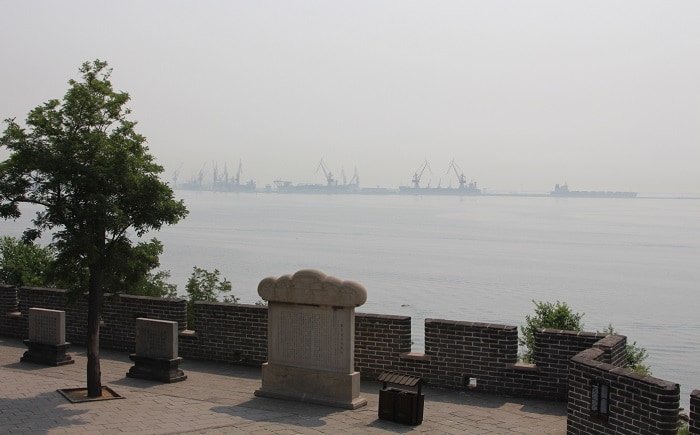 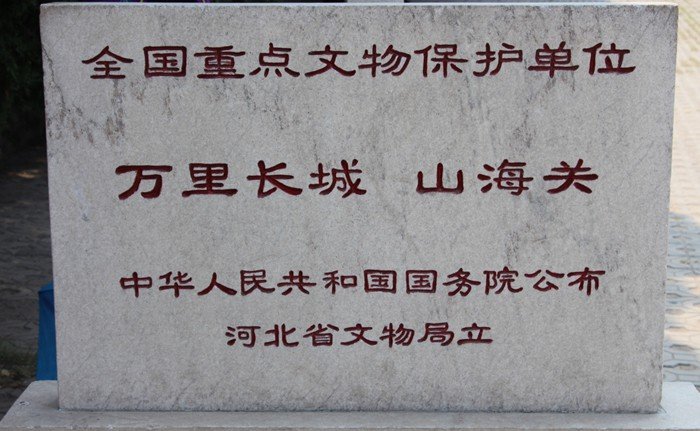 The Shanhai Pass is the easternmost terminus of the Great Wall and extends into the Bohai Sea. Through this pass, the ancient Joseon, Mongolian and Jurchen tribes were able to enter China proper.

People built a great fortress at the Shanhai Pass. As a god-made choke point, or “throat,” it formed an important path into and out of China. It was also called the “First Pass Under Heaven,” meaning that it was the first gate into China. Through this gate, the Joseon, Mongolian and Jurchen peoples all had access to China.

In China, the Great Wall has long been seen and remembered as a monument that was established by several tribes working together. For that reason, it’s cherished as a highly valuable heritage item in terms of history, culture, the arts, architecture and, nowadays, tourism. In 2004, the Chinese government started exploring the Wall and conducting research into its history in a bid to protect all of its various aspects. Part of this research includes historical reinterpretations of the Wall. Building on this research, the scope and scale of the Wall is gradually being expanded.

A spokesperson for the two historical organizations — the Northeast Asian History Foundation and the National Institute of Korean History — said that Chinese middle- and high-school textbooks contain an obvious error. They claim that the easternmost ends of the walls built by the Yan and Qin peoples are either at the Taedonggang River (대동강, 大同江) which flows through Pyongyang, or further north at the mouth of the Chongchongang River (청천강, 清川江), which enters the Yellow Sea just north of Pyongyang. These are both clearly incorrect, the spokesperson said, as it can be seen in Hebei Province that the Great Wall ends at the Old Dragon’s Head. 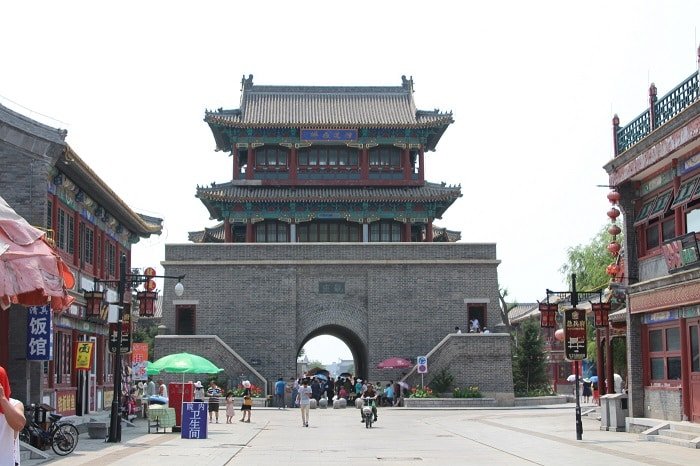 The castle at the Shanhai Pass was built during the Ming Dynasty (1368-1644). The fortification’s original form has been well-preserved.